If you were to ask what comes to mind about Budapest, the historical spas and bathing culture of the city would most certainly be among your first tips. Out of Hungary's more than a thousand natural springs, 118 burst only right here in Budapest, its world-famous spas are iconic locations. But not only because of this, Budapest is one of the most popular tourist destinations in the world. Its unparalleled rich architectural and historical monuments, the Danube Promenade and the Danube panorama, the city's characteristic bridges, cultural life and constantly bustling nature attract millions every year.

And when you think of the impressive gastronomic offer based on the fusion of traditional and new wave lines, Hungarian wines, shopping streets, versatile cafes, and vibrant nightlife, it is already clear why you will be lucky in January 2022, during the European Championship. Everything is close by in Budapest, something is always happening in Budapest, you are always at home in Budapest.

The capital – which regularly hosts the four finals of the EHF Champions League for women’s handball – has already hosted the European Women’s Handball Championship, now it’s the men’s turn.

Maximum capacity: 20 022
The central arena of the EHF EURO 2022 will be built specifically for the occasion of the tournament. It will be able to accommodate more than 20,000 people, making it the largest multifunctional building in Hungary. Its stands will be three-storey, the lower part can host 9,000 and the upper part 10,000 spectators.

In addition to domestic and international sport events, it will be suitable for large concerts, performances and entertainment productions, as well as other events that attract a significant number of guests.

On the opening day of the EHF EURO 2022, the host Hungarian team will inaugurate the Budapest Arena, which is built for the tournament and can accommodate 20,000 people. In addition to the match, extra programs and various shows complement the all-day sports experience.

The ticket entitles for general admission to the opening day in Budapest on January 12.
Tickets
This pass is valid for all the group stage matches of the EHF EURO 2022 in Budapest, including all performance of the Hungarian national team.

The pass entitles for general admission to the Budapest group stages, between 13 and 19 January, and the opening day on 12 January.
Tickets 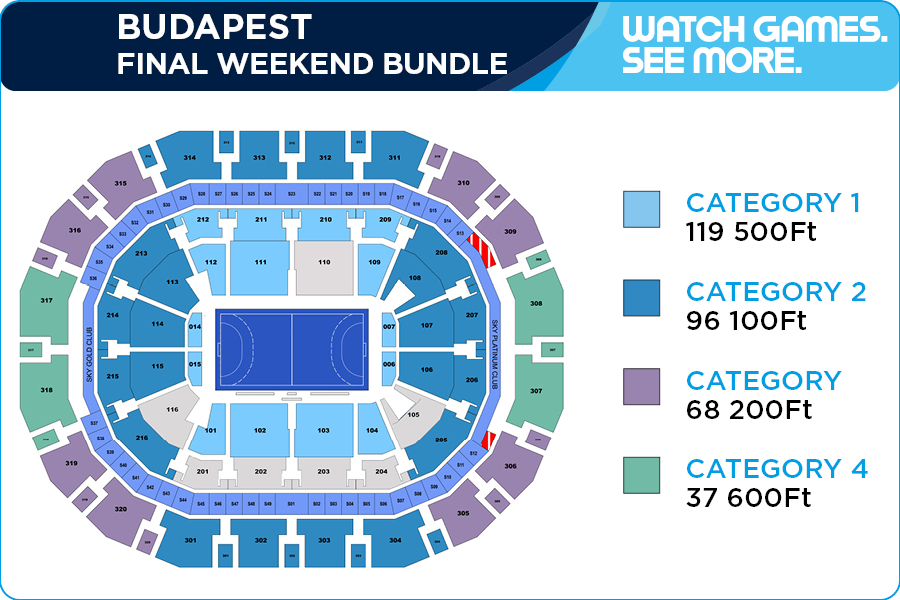 A pass for the most exciting stage of the EHF EURO 2022. Valid for the final weekend, with a 5th place match, two semi-finals, a bronze match and the final.

The pass entitles for general admission to the Budapest venue between January 12 and 30.
Tickets 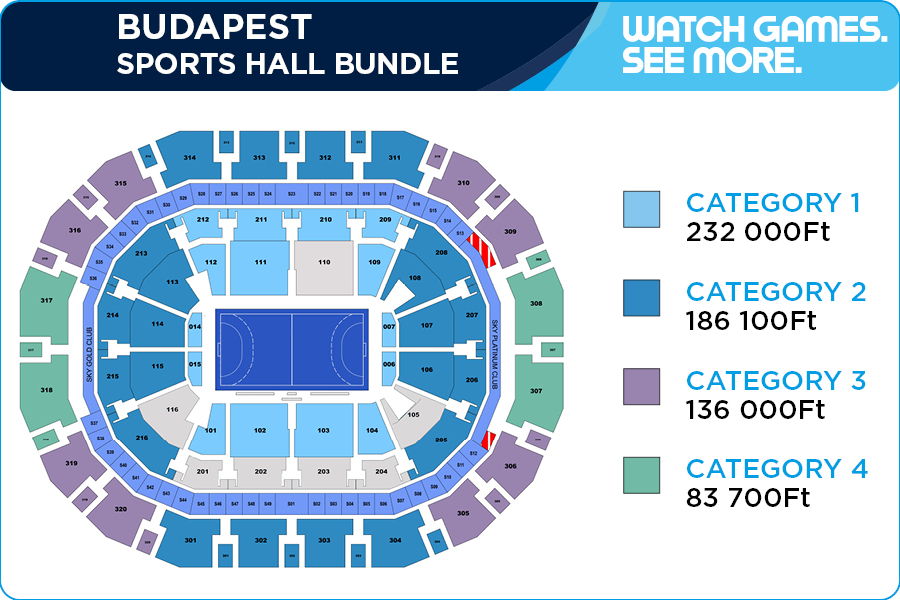