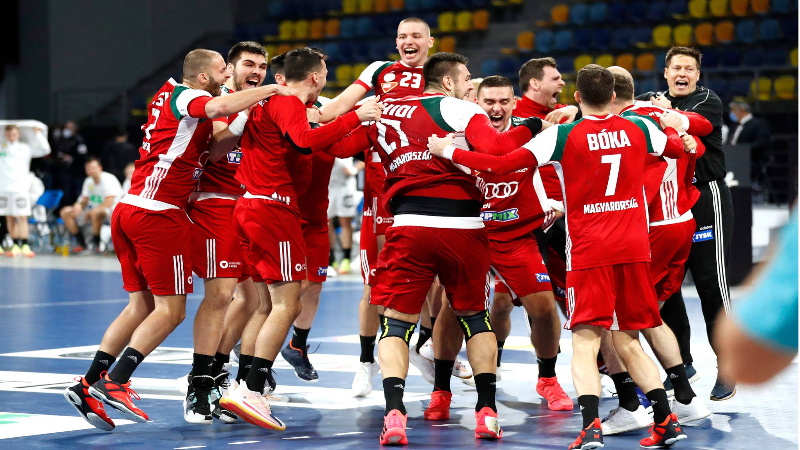 There are only ten months left until the first European men’s handball championship in Hungary and Slovakia, and the team of organizing events and festival programmes in Hungary is not bored despite the pandemic situation. According to László Nagy, the team leader of the host Hungarian team, these 300 days ahead will pass quickly.

Watch Games. See More., our determined goal to spread the news about the EHF EURO 2022 and the festival around it as widely as possible, within this, we pay special attention to children and young people. We hope that soon during our spectacular events, many people will be able to meet the main messages of the EHF EURO 2022, but in the meantime we will not have to do without all our programmes.

Our interactive classes are taking place in secondary schools with the involvement of (national team) handball players, our monthly video magazine, WGSM TV, has been launched to promote the members of the Hungarian team. We are also working to make the EHF EURO 2022 as green as possible.

But the national teams of the host countries are not bored either, they have just met in the Euro Cup series, tournament for the participants of the EHF EURO 2022. Both matches were won by the World Cup 5th placed Hungarian national team, which will play the opening match of the tournament on January 13, 2022 in the 20 000 seats Budapest Multifunctional Sports Hall.

You can buy a separate day ticket for this match as part of the ticket sales that started in January, as well as a bundle for the Budapest group stage (including the three Hungarian matches), six matches for the final weekend and all matches in Budapest (including the group stage, the main round and the final weekend). But the bundles sales in Bratislava and Košice also started through our Slovak colleagues.

„Every day we are closer to the European Championship, which we are looking forward to” said László Nagy, team leader of the Hungarian national team and vice-president of the Hungarian Handball Federation. – "We have reached a milestone, we have 300 days left, which will surely pass very quickly. That is why we try to make the most of each day spent together in the national team. The two matches against the Slovaks were also important stage in our preparation, we gained more self-confidence. Of course, we feel the absence of the fans in everyday life, but we hope that from January 13, 2022, they will be supporting us live, on the stands.”

So we are facing exciting months, bundles for the Szeged and Debrecen group matches will be available in the near future, and in May – after the qualifier series – we will find out which 24 teams can be welcomed in the EHF EURO 2022 and with whom the Hungarian national team will open the newest multifunctional handball arena, the main venue of the tournament.