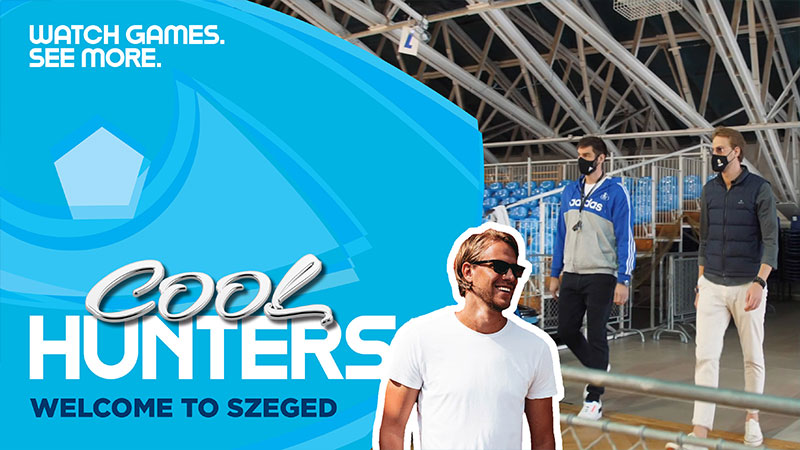 Cool Hunters: we visited the new arena in Szeged with Mirko Alilović

One of our cool adventure hunters, Henry Kettner visited Szeged last time and he had an illustrious guest in one of the host cities of the European Championship. They could also look into the arena which is under construction.

Our vlogger, Henry Kettner, has not yet known that he has visited the future venue of the Eb gigantic group, as Croatia, Serbia, France and Ukraine has been placed into this quartet, thanks for the the tournament draw on May 6. We expect big matches in the new arena. Mirko Alilović, the former goalkeeper of the Croatian national team gave an interview to Henry, in which he talked about his relationship with our sport and Hungary.

One of the locations of the interview was really exclusive, the stand of the Szeged New Arena which is now under construction, and will be able to accommodate more than 8,000 people.

The trip to Szeged even included a pleasant shopping and coffee on the market for Henry, it is worth clicking for details.
You can also watch back at Csaba Magyarósi’s latest video from Budapest.