EHF EURO 2022: 10 reasons why you should be at the PICK Arena – Men’s EHF European Handball Championship 2022 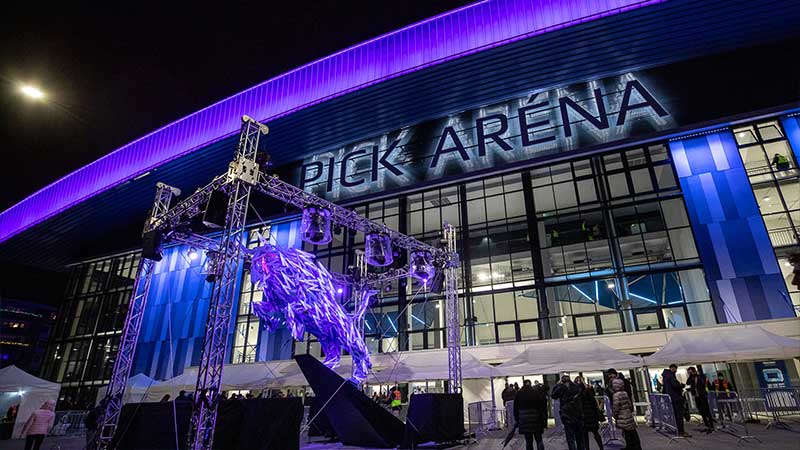 Szeged is set to host six EHF EURO 2022 matches at the PICK Arena. Tickets and bundles are still available.

1. Hungary (and Slovakia) will host the EHF EURO for the first time. In Hungary, matches will be played in Budapest, Debrecen and Szeged. If you are in the stands, you can be part of the history of the sport.

2. You're in luck, because Szeged is the strongest group of the EHF EURO 2022: you can watch the matches of the French, Croatian, Serbian and Ukrainian national teams!

3. You can see Olympic champions: in the French national team you can watch the stars of PSG, Barcelona, Montpellier, Nantes, such as Nikola Karabatic, Ludovic Fabregas, Melvyn Richardson. Telekom Veszprém player Kentin Mahé will also be on the court.

4. The buffalo-heavy Croatian national team, silver medallists at the EHF EURO two years ago, will also be playing in front of you in the arena, so you can watch Domagoj Duvnjak, Ivan Cupic and Luka Cindric play if they are available.

5. A Serb-Croat match, in any sport? Anytime! It's an honour and a privilege to host a clash between the two neighbouring countries' national teams - no wonder there's a goosebumps atmosphere at this match - on 15 January at 20:30!

6. You can cheer for Bogdan Radivojevic! The PICK Szeged player is now playing for the Serbian national team in the arena - you can be a little biased if you like. Vladimir Cupara from Veszprém will also be in the Serbian squad, barring anything else between now and the start.

7. Cheer from the comfort of the arena: 555 parking spaces, bike lockers on arrival, buffets and 8143 seats inside the arena – one of the is yours!

8. You can comfortably cheer in the arena: 8143 seats are waiting for you - one is yours!

9. Are you a sports fan who always cheers for the underdogs and wants surprises? Then there's your place in the stands for the Ukrainian national team matches!

10. If the Hungarian national team advances from the Budapest group, you will be able to see their future Main Round opponents in the PICK Arena – the two qualifiers from Szeged (and Debrecen) will continue in the Budapest Main Round group.

Tickets are available at https://www.watchgamesseemore.com/tickets!