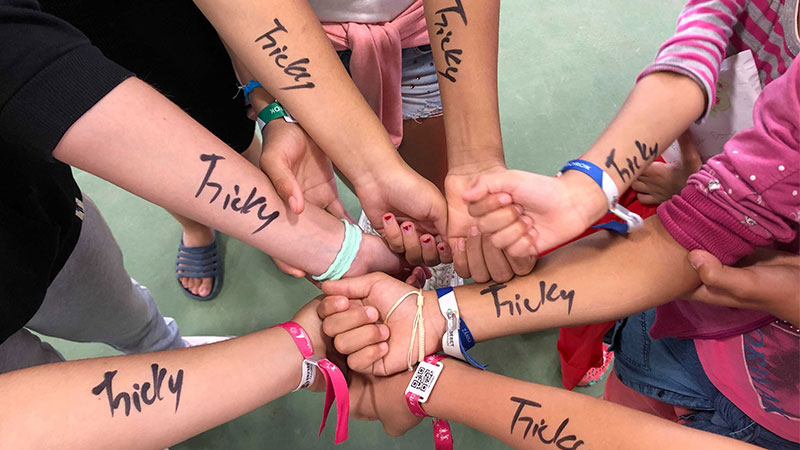 Our adventure park could also be tried out by the children camping in Zánka in the summer. They could also meet Tricky, the mascot figure of the European Championship, needless to say, our funny deer was very popular this time as well.

Thousands of children from disadvantaged regions in Hungary can spend unforgettable days at Lake Balaton in the Erzsébet Camp in Zánka. In the youth center, which has been completely renovated in recent years, a number of activities help them to relax.

For ten weeks, children from all over the country came to the camp on weekly shifts, and two to three thousand people can enjoy the programmes at the same time. This summer, the organizers held a sports day on Tuesdays, where the Hungarian Handball Federation and the Hungarian Student Sports Association also appeared, and twice the Watch Games. See More. theme park has also moved out.

The children were able to learn the basics of handball and also assess their handball skills. We measured the strength and precision of the shots, the reaction times, but the youngsters could also try out the serving machine, the shout-o-meter that measures the strength of shouting and cheering.

On our release in July, more than 150 children took advantage of the opportunity (it was a great time, so many of them chose the programme after the splash to the lake), but in August, about 300 youngster disconnected from our theme park in the three hours available. On this day, the mascot figure of the European Championship, Tricky, was also present at the event, his popularity was unquestionable, he had little time to rest.

We are delighted to have reached hundreds of children again, who have come closer to the sport of handball and have also taken with them the news and key messages of the European Championship.