For a greener EHF EURO 2022: the Do More Idea Competition is over – Men’s EHF European Handball Championship 2022 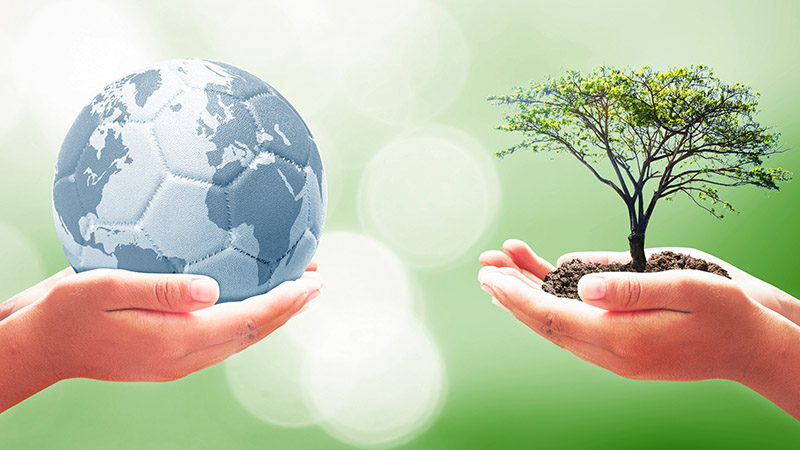 For a greener EHF EURO 2022: the Do More Idea Competition is over

With great interest, the environmental programme of the Organizing Committee of the 2022 Men’s European Handball Championship ended with excellent project proposals. During the Do More Idea Competition, the organizers were looking for innovative ideas that could help reduce the European Championship’s carbon footprint, while raising awareness of environmental and sustainability issues.

The “green competition”, which started in early March, was eventually attended by 57 teams of 2-5 high school, university students, and young innovators who came up with concrete ideas to green the European Championship and the accompanying programmes around them.

The final competition, held as part of this year’s Ecoindustrial 2021 Virtual Green Industry Expo and Conference on 28 April, featured the top 15 project proposals, with 13 teams competing.

“There have been many super solutions for greening the EHF EURO 2022, such as scoring to encourage selective waste management, the idea of ​​building a mobile composting system, a modular furniture rental system, the use of sustainable decorative elements, a sustainable solution for athletes, or re-glass proposal, ”said Alexa Végh, project manager of the Do More Idea Competition, EHB’s Sustainability Manager. "As part of our programme, applicants participated in four preparatory workshops, which were then assisted by mentors to develop their ideas, courtesy of our partners, the Hungarian Olympic Committee, the European Handball 2022 Nonprofit Ltd., the Recobin Group or the Hungarian Motorsport Development Agency."

In the final – moderated by Viktória Doró, editor-in-chief of Recity Magazine – each team presented their project proposal, answered the questions of the five-member jury, and the final result was based on them.

The Do More Idea Competition was finally won by the team of Zöldrevalók: Bence Bíró, a second-year student at Corvinus University of Budapest and Levente Fórián, a master's student at Eötvös Loránd University, who had previously completed their undergraduate studies at the Technical University.

At the heart of their idea is a carbon neutralization interface that would be available by tablet to fans on arrival at the event or just at the buffet when they pay. The tool could be used to select whether the customer wants to contribute to the neutralization of the carbon footprint of the purchased invoiced products. This would be the sum of the carbon offset values ​​of the individual products and would mean roughly a few tens of forints per product.

“Such high-profile events can be the triggers for promoting social action. If we try to plant the green idea in people's minds as part of such an event, they are more likely to use it in real life, ”they said in their application.

“The idea was outstanding, congratulations to the Zöldrevalók team. The importance of environmental awareness itself is one thing, but if we don’t meet it on a daily basis, the message goes less to people. If, on the other hand, we have the opportunity to bring the issue of nature conservation closer to them with such and similar ideas and solutions, we have won the case, ”said Barbara Kovács, Managing Director of EHB 2022 Nltd.

“Thank you to the organizing committee for the opportunity, the initiative was fantastic and the pitch competition was a great experience. I had several personal favorites among the entries, and finally we awarded the GreenBall team’s idea of ​​a sustainable armband. They have created a product that is viable and needs to be developed, and we congratulate them, ”said dr. Annamária Virág, who invited the specially awarded team to one of the greentech startup programmes of the Climate Innovation Community.

The top six teams were enriched with entries to the European Championship wich will be held from 13 to 30 January 2022.