The Grand Handball Day took place in an excellent atmosphere at the BOK Sports Hall in Budapest. Handball fans greeted the previous and current members of the Hungarian national team. It was all in the spirit of the EHF EURO 2022.

In less than 100 days, the first European men’s handball championship in the history of Hungary and Slovakia will begin. The Hungarian Organizing Committee celebrated this milestone with the Grand Handball Day, a family handball festival on Saturday at the BOK Sports Hall.

The intense and meaningful day started with a skill competition for the kids, the program moved nearly a hundred elementary school children.

From the beginning, Tricky was responsible for the good mood of Grand Handball Day: the mascot of the European Championship then compared his strength with his „colleagues” in the Watch Games. See More. handball-themed adventure park. In the Mascot Competition the official mascots of Ferencváros, MTK, Pick-Szeged and the Hungarian Ice Hockey Federation participated, and, in the end Fradi Eagle performed the challenges best.

In the middle of the day began the series of Gala matches on the handball court: at first celebrities fought against former national team players. Among others Csaba Vastag, Diaz, Szilvia Péter Szabó, Péter Elek, Rudolf Dombi, Botond Storcz, Henry Kettner and Renáta Rákóczi was on the court. “It was a fantastic feeling to play. I’ve attended many galas, sports events, but while I used to play football or table tennis, I haven’t tried handball yet, even though I was caught up in the sport as a kid.” said Patrik Esztergályos, a Youth Olympic champion fencer and former competitor of the TV show, Exatlon. “Now I had the opportunity to try it, and since I watched a lot of World Cups and European Championships on TV with my grandfather, I was stuck with a few things that you do and how you do them. And then there was the rhythm, so I had a great time.”

„I have been playing handball for years, so you can count on me at any handball event," Csaba Vastag said this, adding that if he can he will support the Hungarian national team at the European Championship on the spot. 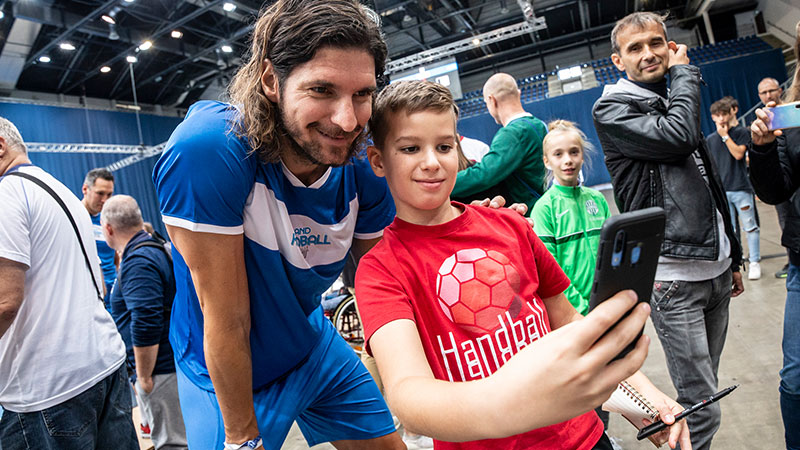 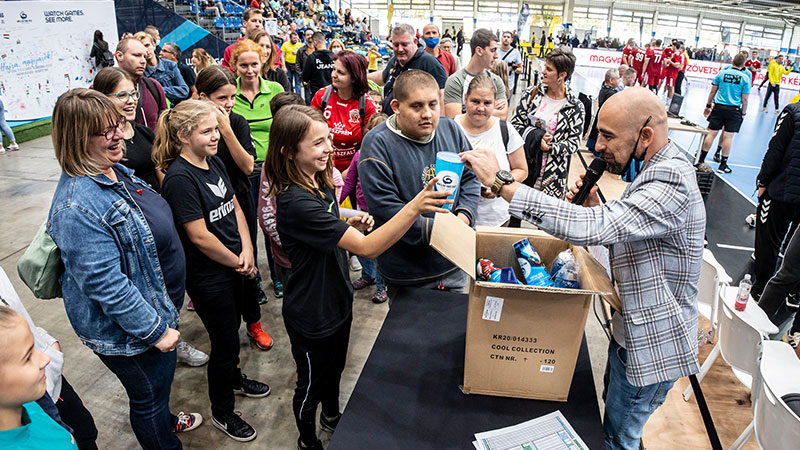 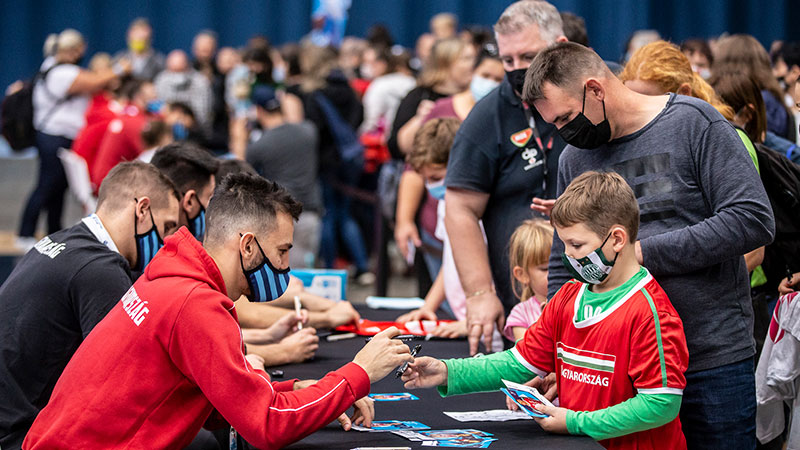 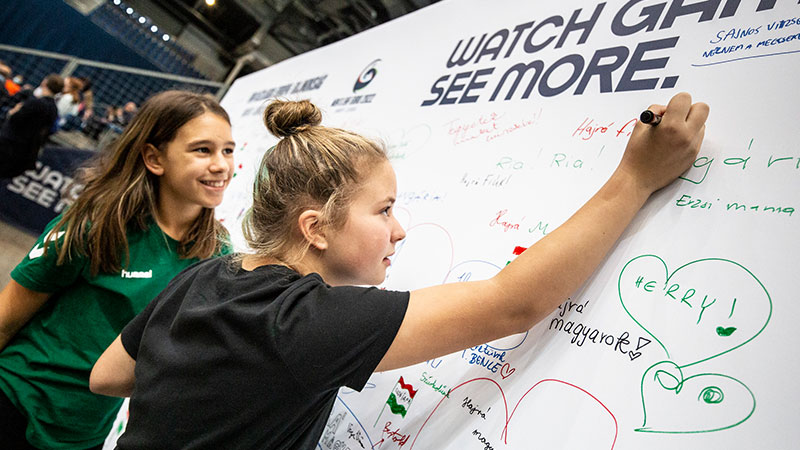 The most popular program of the day was the audience meeting: the members of the Hungarian national team preparing for the European Championship gave autographs to the handball lovers for almost an hour. The players were also greeted solemnly on the court and then the countdown clock was unveiled, showing the remaining time until the EHF EURO 2022.

„Having less than a hundred days left reminded us all what will really waits for us. This European Championship is really close, where we can hopefully have a full house, we can play in front of 20,000 people,” said Richárd Bodó, a player of the Hungarian national team. “We still have a lot to do, but events like this further intensify the fire in us. This day is really a celebration.” this has been added by Roland Mikler, the national team's goalkeeper.

Soon after, there were 1920 national team’s cap on the court at the same time, the former players of the Hungarian national team had a twenty-minute match with each other, and, in the end, the Blues, who also played with József Éles, László Nagy and István Gulyás, won 21-18 against the Whites.

„Today I actually had a childhood dream come true, I was in the same team with the Éles-Gulyás couple. Since we are a different generation, this could not have come together before, that’s why I really enjoyed the day,” said Attila Vadkerti after the match. All ages were represented on the Grand Handball Day, there was an university match (TFSE won 25-23 against DEAC), a senior get together, and members of the wheelchair national team could also be on the court, while the Face Team acrobatic handball team entertained the audience with a great presentation.

The European Championship will starts on 13 January, 2022 in Budapest, Szeged and Debrecen, and on the opening day the Hungarian national team meets the Netherlands.