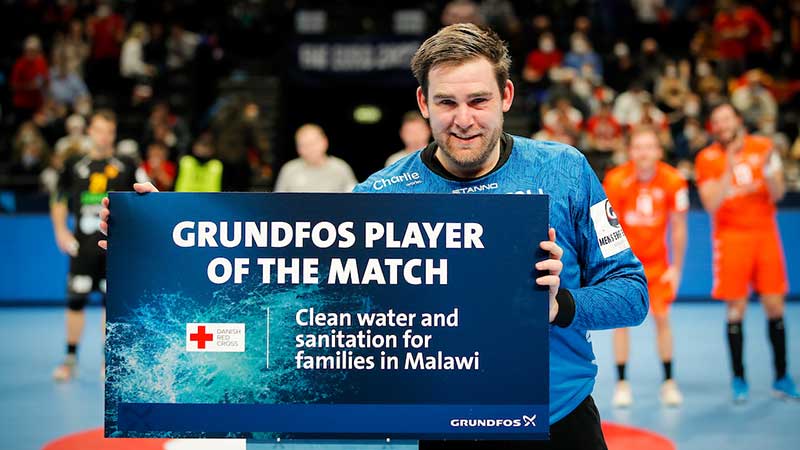 The fairy-tale story began with the coronavirus that decimated the Dutch national handball team among others. Thus, they lost both of their goalkeepers for a while and even goalkeeper Gerrie Eijlers, who jumped in as an emergency reserve bacame Corona positive. The head coach Erlingur Richardsson had no other chance, than to recruit goalkeepers with big routine. This is how he has choosen Thijs Van Leeuwen who will be 35 in February.

The always-smiling porter started playing handball at the age of 8 at the HV Caesar handball club in the village of Beek in the Dutch province of Limburg. He was 16 when he made his debut in the national first division and he was playing 30 times in the youth national team. He works in health care job for living, to be more specific he designs skull implants. He was doing his job when the infitation has arrived. He immediately asked his boss and packed his most necessary stuff, including his computer, so he could work from Hungary between two games.

On the game against Montenegro on Saturday he saved 14 times from 33 shots and with this performance of 42.5%, he was chosen as the man of the match.

‘It has been a hell of a 24 hours for me as this time yesterday morning I was at my workplace, not knowing what was ahead. Then the coach called me, and I had to arrange and drop everything to get here and follow my dream. I did not even train with the team as I only met them this morning. But this is an amazing group. It is easy to integrate. We won again as underdogs. I think it is due to our mentality, speed, togetherness. The only thing we are behind the other sides is a bit of physical strength.’ – said Van Leeuwen immediately after the game they won for 34:30.

Bobby Schagen, the right wing of the Dutch national team, said about his teammate after the winning match: ‘Thijs Van Leeuwen is absolutely incredible, we asked him to come from Netherlands and he packed his bag and came directly to Budapest at night. And now he is the man of the match. I have no words for it, he is unbelievable, and this is handball.

Van Leeuwen has never been a professional player before. After the game, he added funnyly, ’It would be nice if a scout finds out me now.’