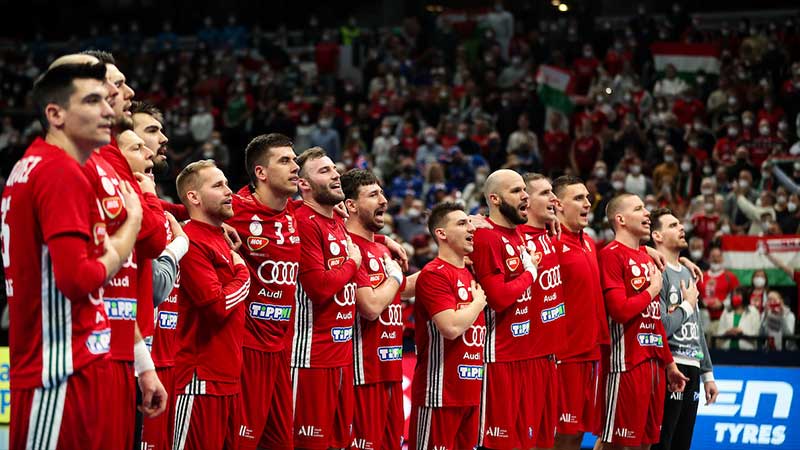 ’I hope that we keep improving our game from now on’

The players and the fans of the co-hosts, Hungary are still enthusiastic after Sunday’s game. It is reasonable as after beating Portugal, the Hungarian national team still has the chance to advance to the main round. Reactions from the media call of Hungary.

We had the opportunity to ask from the members of the Hungarian national team on an online press conference.

Dominik Máthé was one of the heroes of the team against Portugal so everyone was curious about how he felt after scoring the game winner shot of the clash.

‘I had a huge responsibility and I am proud that I could live with the opportunity and we could win the game. I am glad that Máté trusted me that I can score in the final attack. There was no similar situation before, it was Máté and the team who believed in me.’ 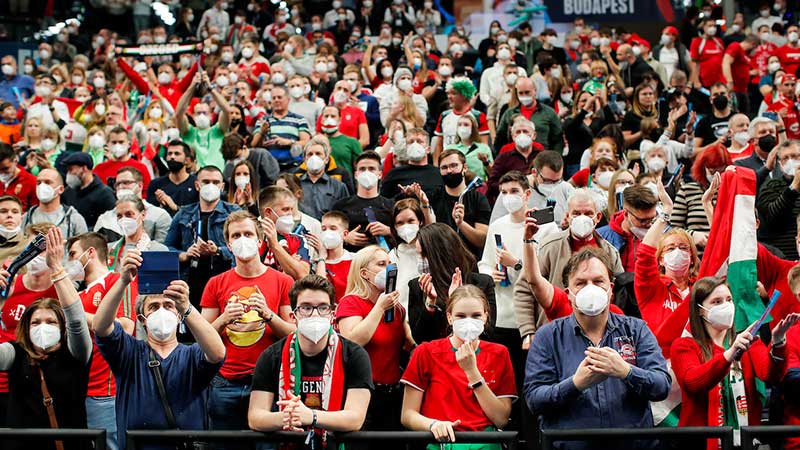 He also talked about his expectations from the game against Iceland:

‘We saw Iceland’s first two games. They are very fast, we will need to get back to defense faster than against Portugal. We have to be prepared for their goalkeepers and for the 1-on-1 situations. We got a huge support from the fans in our first match, but we were stressed even in the first half of our second game. Still, I think we arrived to the EHF EURO 2022 with this match, so I hope that we keep improving our game from now on.’

After Sunday's match, the banners of two Hungarian fans spread out on social media, asking for a date partner. The photo was also shared by Máthé Dominik on his Instagram page, with the remark that he would also be happy for a girlfriend. This topic was also mentioned at Monday’s press conference.

‘I have received a lot of messages, my Instagram account got crashed a bit yesterday, but this is something I want to focus on after the EHF EURO 2022. Now we only focus on our next game against Iceland.’
Máté Lékai, Centre Back of Hungary also spoke about the last goal:

’It was my idea to surprise them with this play because previously we did not use that one on this EURO and I thought it might work.’

It is a question if the team will use this play again against Iceland but the player of Telekom Veszprém is optimistic.
’We do not care whether we play the first match of the day or not. We always have to concentrate on us. The aim is to win our game in every situation.’

The Hungarian national team and also Máté Lékai keep fond memories against Iceland.
’Both our matches from the Olympic Games 2012 and EURO 2014 are fond memories. When I look at their coach I always think about those clashes. It was several years ago so I hope our newest memory will be as fond as the previous ones.’ 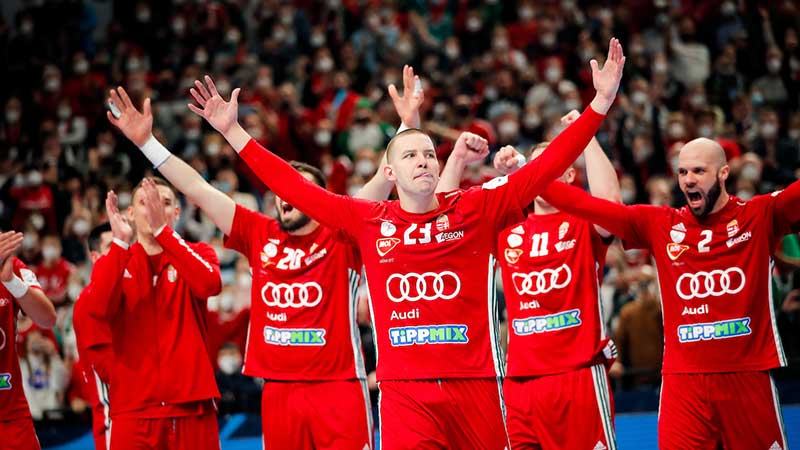 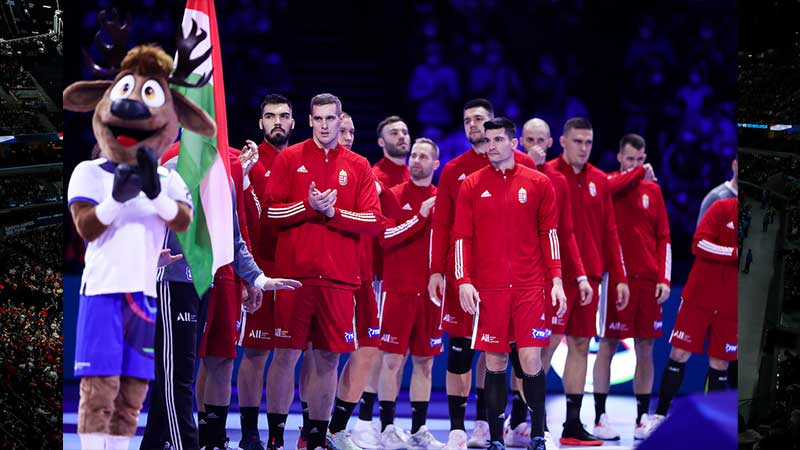 Patrik Ligetvári cannot wait for the clash against Iceland and he was asked about his role.

’There is nothing else to motivate us before our next game against Iceland. Our last match gave us all the motivation that we need. I help the team where I can. It does not matter if it is playing defense or playing offense. The point is that I do what my coach wants me to do on the court.’

László Nagy, Assistant Coach of Hungary said that Bence Bánhidi feels better and he works on his return. The team has one day to decide whether he will be part of the squad or not against Iceland. After the discussion with the medical team it will be up to the player if he is back on the court.

’Throughout the whole game I was confident that we could win regadless of the abscence of Bence. We knew that this is a tough group, we got prepared for this, these four teams are on a very similar level. The team played better. Of course we still had mistakes which we should not make, but we felt better after the last game.’
István Gulyás, Head Coach of Hungary was asked about the differences of the first two games.
’On the first game we were not able to put the guys at their ease. They were so stressed and went into a negative state of mind and we could not pull them through. We tried different tactics as well. We had three chances to equalize but we did not live up with our opportunities. The second game was a whole different story. The players were more relaxed. Of course, there were signs of stress on the pitch, but it looked much greater from the sideline.’

The clash between Hungary and Iceland will take place at Budapest handball arena on Tuesday evening at 6 pm.
We can all agree with the goalkeeper of Iceland, Björgvin Páll Gústavsson who expects a fantastic match:

’I am waiting for the next clash, every match in this group is hard, 19,000 Hungarian fans and 1,000 Icelandic will be here, so it is going to be a great game that is sure.’ 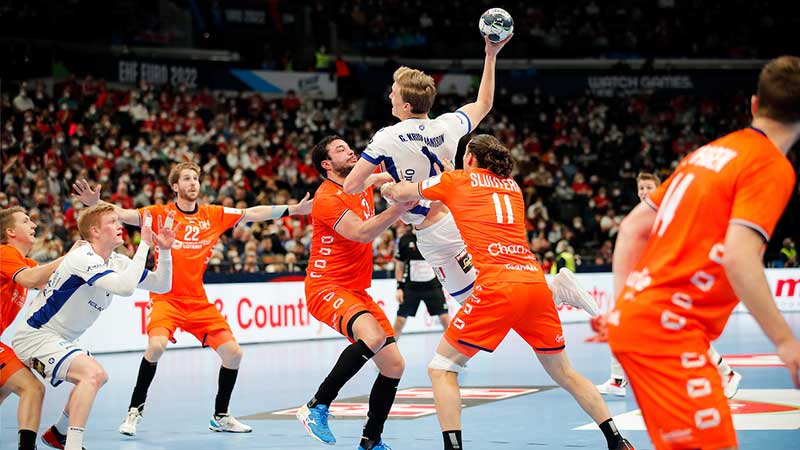