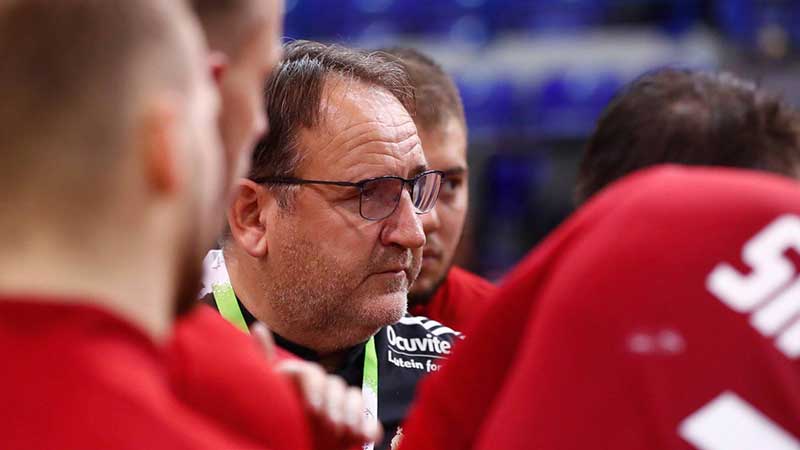 When we spoke on the phone about the interview, I got the impression from his voice that you were excited, is that due to the anticipation? How excited are you?

I have a healthy amount of anticipation and excitement ahead of the EHF EURO 2022, but strangely I was a little more excited until we started the immediate preparations. After that I calmed down and work has been going according to plan ever since. I'm not overwhelmed by the anticipation and it will be very important that the team plays as relaxed during the EHF EURO 2022 as they have done so far. We must not let the boys get carried away and if we do, and if injuries avoid us, we can be successful.

As a player, were you nervous before the big tournaments or matches?

Not really, I didn’t bite my ten nails, but there's nothing to be nervous about. You are only relaxed if you have done everything you can and prepared well beforehand. At school, you are nervous if you are not prepared for the exam. We are prepared, we have everything we need to be perfectly prepared, and from now on there is nothing to be nervous about. Of course, I have a certain amount of stage fright, but that usually lasts until the first game, and then the machine kicks in. We play every two days, it's a kind of automatism.

There is not much time to prepare, because after the club season there were the holidays, when the players could go home for a few days. What are these two or three weeks enough for you and how much more can you add to the national team's game?

We will continue with about 80 percent of what we have been doing. There will be new elements, of course, specific to a team or a player, movements, but we won't have the time we have in pre-season preparation for a club season to make drastic changes to tactics. It's definitely an advantage that the team has been playing together for a longer period of time, and even in the little time we have together, our core game can be strengthened. There will be no big, cardinal changes.

What do you see in the players, how excited are they?

The players will be more focused when we play the two training matches in early January. The first week of preparation was physical anyway. I don't see anything different in the boys than in the previous two World Cups, but the situation will obviously be different immediately before the first game. 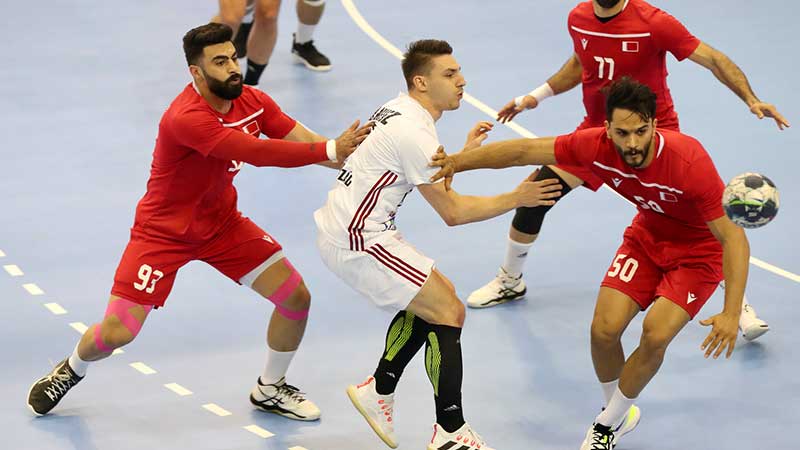 How realistic was the World Championship 5th place and before that the EHF EURO 9th place?

It's a difficult question, because we could have done better at the EHF EURO if we had done a bit better in our last two matches. The World Cup could have had another twist in it if we hadn't been unlucky in the final against France. Still, I would say that we left both World Cups with a good feeling in our mouths, having done everything we could to do well. The fact that they didn't end in the best possible way didn't dampen anyone's spirits.

The national team seems to be a good group of people.

Yes, the players can and do fight for each other. The boys like to come to this company and that is very important.


Obviously the captain has a role to play in this.

It's more the whole staff. Everyone is doing their part to work as a team, as a unit. If there is an opportunity, we also organise team-building activities during the meetings, but now it's a bit more difficult because everyone has to look after themselves.

In what, in which game element can the Hungarian national team be strong at this EHF EURO?

It's a complex thing, our game has to work as a unit. After all, it's useless to be excellent in one element of the game if we're weak in the other. If we have a good goalkeeping performance, we must also have a good shooting performance, a good defensive performance and a good crossing performance. We can't draw the line too low or too high for ourselves, however, everyone has expectations, including of themselves.

What do we need to know about the first three matches, the group opponents?

We're in a pretty interesting group, a bit of a dodgy group, you might say, the clown is in this foursome. It's going to be a tough one, the Dutch are an up-and-coming team, we know what kind of game they play, they can play tricks on their opponents. And it's the first game, you have to go through the baptism of fire, live the atmosphere, get into the rhythm. We know the Portuguese and the Icelandic team, they are at the top and in the middle of Europe, and our group is definitely a big challenge.

And if they manage to advance, the Hungarian national team will not be a walk in the park with the qualifiers from Szeged and Debrecen.

Yes, there's no need to worry too much about the strength of the French, Croatian, maybe Serbian, or Danish and Slovenian teams. It is very difficult to predict the odds and the outcome of the EHF EURO 2022, which is the most difficult world tournament anyway. If you look at the semi-final results of the previous EHF EURO, you can see that the difference between the teams was almost always only 1-2 goals.

What do you think of the new arena in Budapest? It really takes some getting used to.

It was beautiful "at first sight", when we went in I immediately thought, we really have to take this very seriously. We don't know, we cannot know what we're going to face when the stands are full, you can't prepare for that, you have to go through it. Some players have played in front of a big crowd in Cologne, I've had the pleasure of sitting on the bench for a game like that, but we have to expect a different atmosphere here.

What message would you send to Hungarian fans ahead of the EHF EURO 2022?

Maybe to show unity during these two weeks. We will do our best to do that on the pitch, and they - be they red or blue - can wear the national colours in the stands and in their hearts.