„It was wonderful to play a match in front of so many people!” – Men’s EHF European Handball Championship 2022 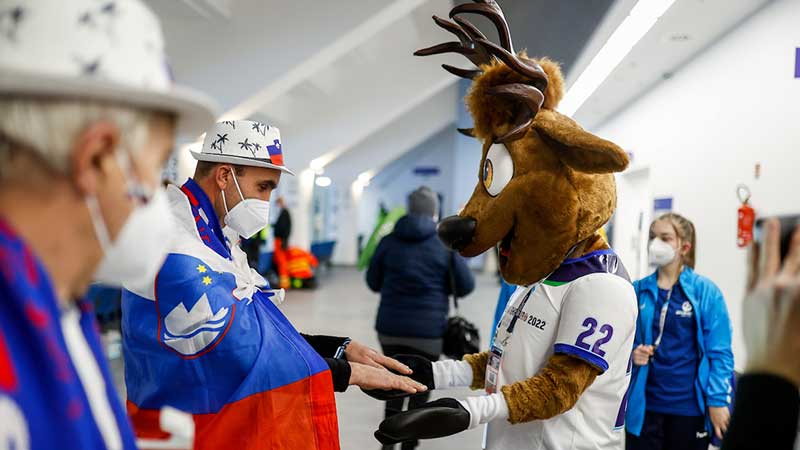 „It was wonderful to play a match in front of so many people!”

The first day of the EHF EURO 2022 was in a great mood in Budapest, Szeged and Debrecen. The statements of the main characters were collected.

Slovenia–North Macedonia 27-25 (13-10)
Joze Baznik, player of Slovenia:
„It was my first match with the team and I feel good. In the first half we were very disciplined. In the second half we lost our concentration, but in the end of the game we stayed focused and we could win thanks to our great teamwork. I try to not think about Covid which is easy because we have a lot of matches and a lot of work to do. At the same time it is a difficult situation but we have to live with it.”

Kiril Lazarov, head coach of North Macedonia:
„I’m proud of my team and my players. We were playing against better opponent. Coach Vranjes did a great job with them. I’m disappointed 'cause I think we might have deserved one point. We are in a process of a generation change and we had some problems in the squad. We have to concentrate on Montenegro now.” 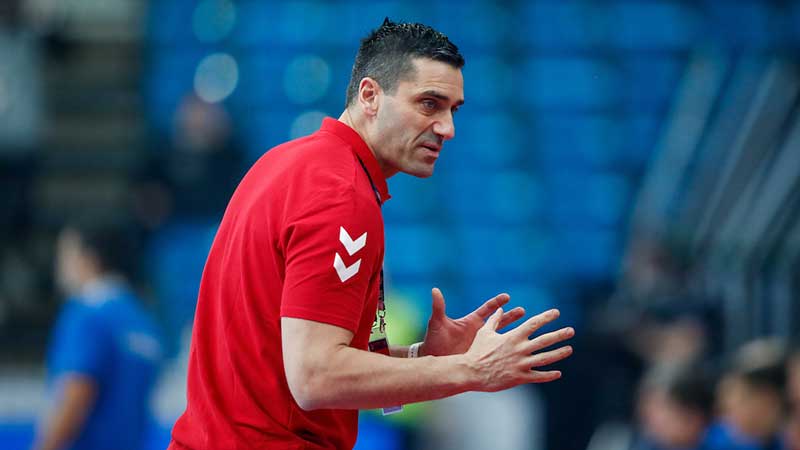 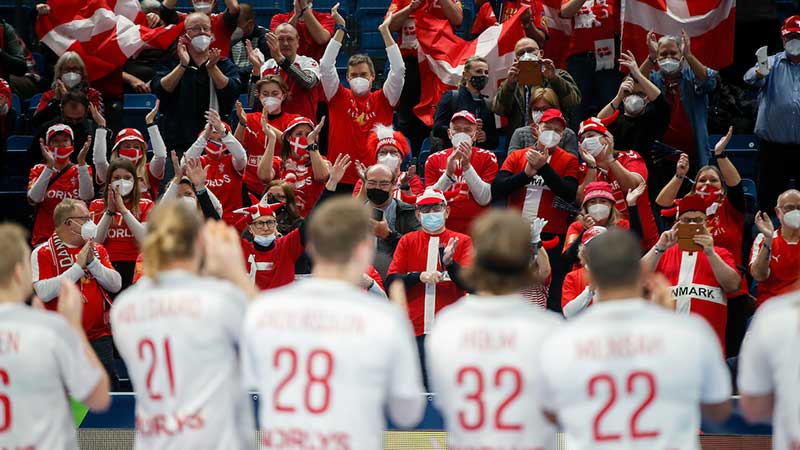 Denmarka–Montenegro 30-21 (18-10)
Mikkel Hansen, player of Denmark:
„We played a good first half, however, in the second part of the game there have been some ups and downs. We managed to have everybody on the court, which is very important during such a long tournament as the EHF EURO. Here we always play against high level teams, so we need everybody to take part in the job. Being considered as one of the favourites gives us motivation. I think it is going to be very hard to beat us.”
Branko Vujovic, player of Montenegro:
„Although we had a lot of struggle with the Covid before, we had a good match. We didn’t score enough, that was the biggest problem. We’ll go game by game, try to make more chances. We’re glad with this game. I scored a lot of goals, I know, and I will try to do so the next match. The most important thing now is to win against North Macedonia.”

Hungary–Netherlands 28-31 (10-13)
Dani Baijens, player of Netherlands:
„It was very important that we could manage to play on a high level from the beginning and we could maintain this level until the final whistle. Our defense was outstanding today and our goalkeepers also performed on a very high level so we are very thankful for them. Now we are focusing on Portugal, we are full of confidence and we do not want to slow down.”
Márton Székely, goalkeeper of Hungary:
„I just wanted to smile and enjoy every moment of this beautiful day, but when the match started, I felt that the final piece of our puzzle wasn’t at the right place. We’ve made childish mistakes at key moments and that led us to defeat. The whole team is very disappointed, we thought before the game that this could be our big day. Then it must be the next match against Portugal. I hope the arena will explode as well and we can celebrate together with 20 000 Hungarian supporters.” 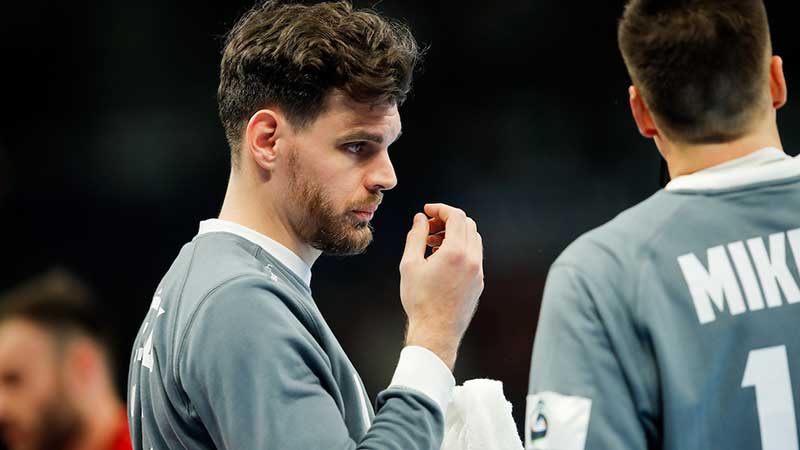 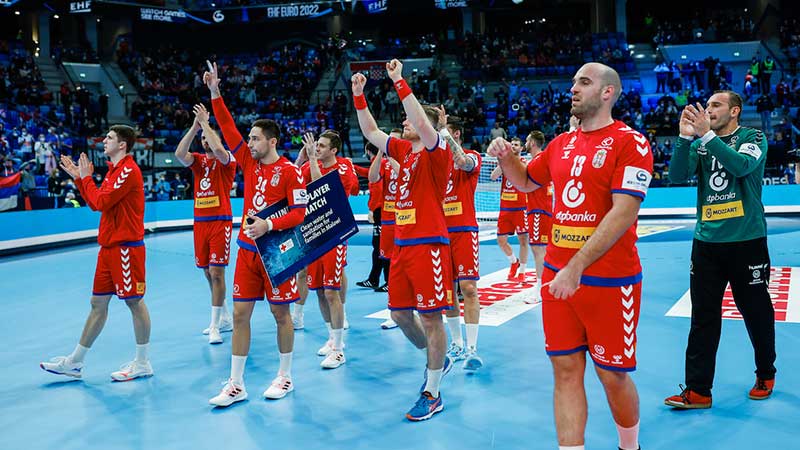 Serbia–Ukraine 31-23 (17-11)
Vladimir Cupara, player of Serbia:
„It was really nice to play in this new arena, and I’m thankful for the local fans for their applause. It is always important to start with a victory. We know that we have to prepare with all of our power against our next opponent. I think we have to be much better against Croatia and also against France, if we want to beat them. As a Telekom Veszprém player, I would like to get used to the winning feeling in the PICK Arena.’
Michael Biegler, head coach of Ukraine:
„We need practice and practice and practice and our defense must be more aggressive… But I think about what we have a chance, it must be about 25-26 goals when we have a chance. But it’s a strong team so in this group we know that all of the opponents really on a higher level… For the young players and the players who don’t play so often in their clubs they need practice and practice, and it needs time. We only look at ourself I do not look at the opponents.‘
Croatia–France 22-27 (11-13)
Hugo Descat, player of France: „Amazing game, the stadium was full of fans, thus the atmosphere was really nice. It is really hard to fill a stadium with people during Covid so it was a really big pleasure to take part in this match. We will play an important game against Ukraine on Saturday, we need to respect them and then we will see what happens. We won’t start to calculate, we will just give 100 percent and try to win the group with maximum points.” 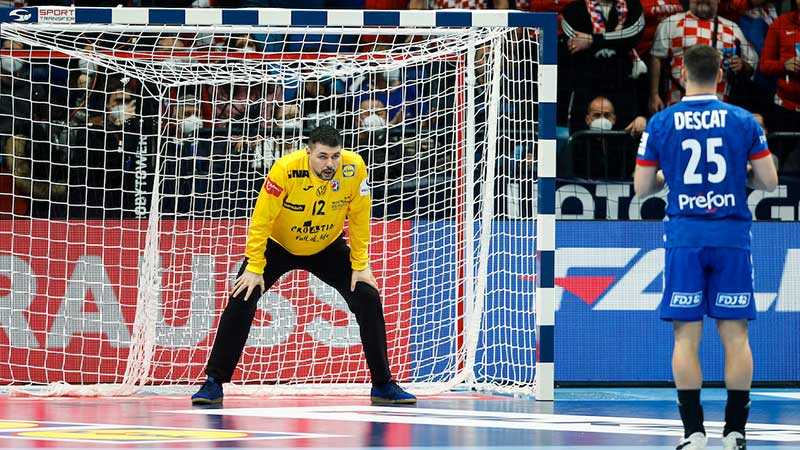 Ivan Cupic, player of Croatia:
„When you play against France, everybody in the team must give 100 percent. We played well for 40-45 five minutes, but we made a really slow start in both halves of the game, and the French team could already develop a 3-4 goals advantage against us. It is really difficult to come back, when your opponent plays with such a routine, but I think everyone showed character and spirit. We have a new squad with lot of courage. This game is over, tomorrow is a new beginning, and we have to prepare against Serbia.”