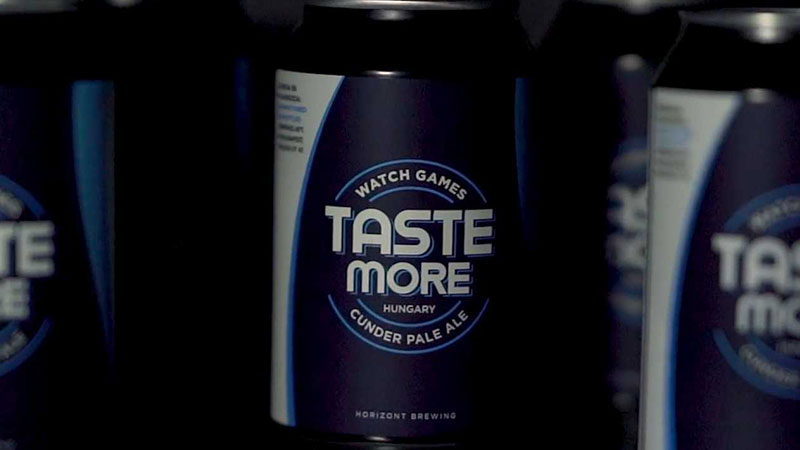 On the occasion of the EHF EURO 2022, one of the most popular craft breweries in Hungary, Horizont, present a limited edition craft beer. The beer can be ordered in the Horizont webshop. István Gulyás, the head coach of the Hungarian men’s national team and team leader László Nagy, the vice-president of the Hungarian Handball Federation, also gained insight into the process of making the beer.

„No two handball matches are the same. Just as no two craft beers are of the same taste. Teamwork is also important on the pitch and in the brewery, as are quality players, ingredients and expertise. Or an unexpected twist! We also added one: this is the Cunder Pale Ale, ”says Horizont Brewery about the latest beer to be released on the occasion of the European Championship.

„We have uniquely combined two types of hops for this pale ale type beer. Our goal was to create a beer with a relatively lower alcohol content, so that the fans could drink it safely even while watching the match” – said Marcell Méhn, the brewer of Horizont Budapest.

The beer, named Cunder, can be ordered in the Horizont webshop.

By the way, István Gulyás, the head coach of the Hungarian men’s team, goalkeeper coach Haris Porobic and team leader László Nagy also gained insight into the brewing process. WGSM TV’s staff was also there during the visit to the brewery.
A video compilation of this visit can be viewed at the following link:
As we recommend our image film about the project.