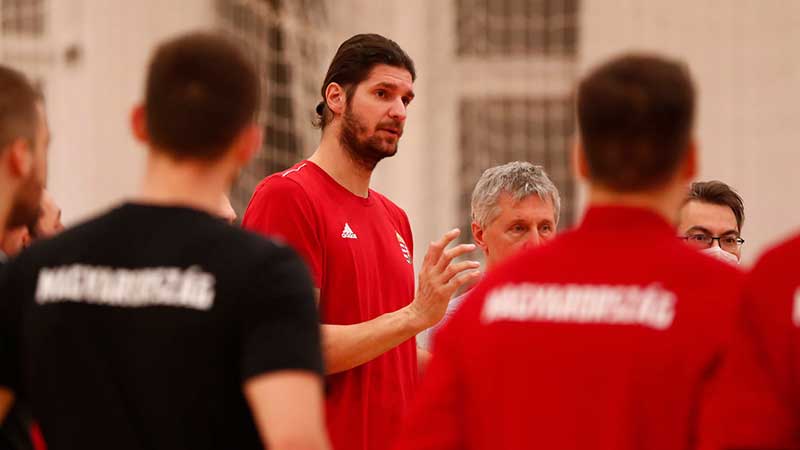 László Nagy: “I am very determined before the EHF EURO 2022!”

László Nagy, the team manager of the Hungarian national team preparing for the EHF EURO 2022, expects a balanced tournament, but he does not necessarily rule out surprises. We interviewed the former 209-time national team player shortly after the start of the preparations.

Have you got the gusto yet?

I think now we can really feel that we are very close to the EHF EURO 2022, which will be a very important event for Hungary in 2022. We're actually inaugurating the new arena with this tournament, there's a sense of anticipation in the air, everyone is very excited about the start. I can tell you that this has been the case since 16 December, when we started our preparations. We want to make it a memorable experience for all Hungarian fans and for ourselves, managers and players alike.

As a team manager, you are a kind of all-rounder for the national team. How difficult is this job, what does it involve?

Yes, you could say I'm a jack of all trades, but one thing doesn't change in this role: I want to win every game, and it was no different as a player. My attitude is the same, I'm very determined in this respect. What I couldn’t achieve as a player, winning a medal with the national team at any world tournament, I want to experience now from a leadership position. I want to help the national team in as many ways as possible.

Do you ever get approached by a player for a one-to-one meeting?

Yes, but many times I don't wait for someone to contact me, I take the opportunity and take the initiative based on their performance in training or in a match. This has been the case in the past and is still the case today.

How is this team now? How much commitment do you see in the young people to the sport?

If I had to speak in general terms, I have mixed feelings, but if we narrow it down to the squad, I can say that the players are very committed and I think they know where they fit in and how much work they have to put in. They have a very good cohesion, they are very cohesive and let's hope it shows on the court. We don't necessarily expect good performances individually, we expect collective work. In this it is essential that everyone puts more than 100 percent into every training session and match. 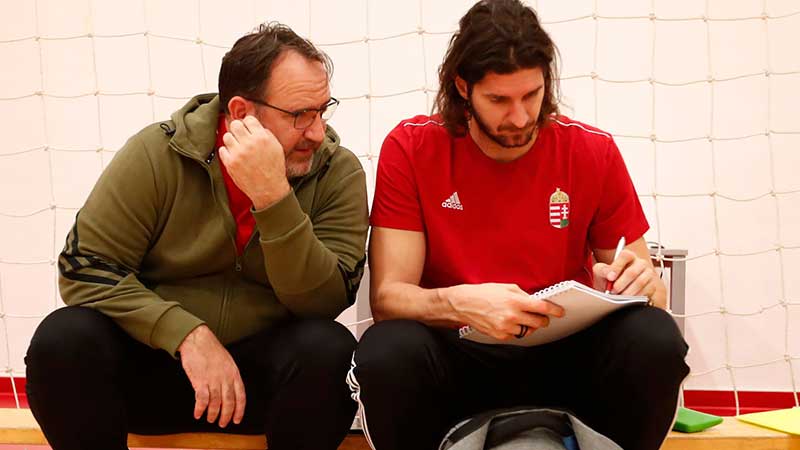 When putting together the squad, has it ever happened that someone was brought in because they were not necessarily the best in the post, but their personality was a better fit for the unit in terms of team unity?

The last two, now almost three, years have been a trial period for squad members and although this period has been shaped by injuries, the hard core of the squad has been outlined over the last year or two. There are still positions where we ask ourselves as a staff which finger to bite and who to call up for games and training camps. There have been players who we have called up under duress, due to injury, who have ended up performing so well that they deserve to remain in our short or tight squad. It will be difficult to build the 16-man squad that we will send out for the matches - a pleasant problem, I would say. Everyone is working with determination and that is the team's greatest virtue and strength.
The European Championships is perhaps the most difficult world competition, with the top teams in the sport largely made up of European nations. The best finish for the Hungarian national team was a 6th place in the past. What are these EHF EURO-s, looking back on your own experiences?

Indeed, handball is a Europe-centric sport, but we should not forget the nations from other continents outside Europe, who are very strong and clinging on to the European nations. There is no doubt that the European Championship is the strongest and most prestigious tournament, we have had and still have a hard job, the cream of the crop of the sport has been strengthened even more. The reality now could be around 6th place for the Hungarian team, but we would be infinitely happier if we could overturn that result and finish higher. I wouldn't even dream of the team winning a medal, but the closer we get to the European Championship, the more daring dreams come to mind. A medal could be a surprise.

It's not easy, because after our group, the two runners-up of the Szeged and Debrecen groups would be in the semi-finals, they are great teams.

They are not easy opponents, no doubt, but I am confident that we can benefit from the home court and that the players will be "doped" by the fact that our fans will be close to us and we can play handball in a good atmosphere. We have already had examples of very good performances in past world tournaments, and we can build on that, but we know that everyone will be going into this EHF EURO with similar ideas.

By the way, what do you think of the group?

Very balanced. The Netherlands are a dark horse and they've had some very serious matches recently. They've had good results in the preparation matches, almost half of the squad are Bundesliga players, they're used to tough games. We have pleasant memories of Iceland from the last EHF EURO and we would like to achieve a similar result this time. They play a more open defence, it's uncomfortable, we have to be able to play through it to be successful. They have one or two key players to watch out for and if we can stop them, we will have a better chance of winning. Portugal have been performing very well in the last two years, especially at the last European Championship. We want to get back at them for the last defeat, we are still in need of a good game against them. They will be one of our big opponents in the group.

It's always a big question how much a player can feel at home at a home event. Do they have to be hermetically sealed off from the team, or can they meet friends, fans, family members, for example. Obviously the virus situation complicates this, but how isolated will the boys be?

All the players are adults, but obviously the youngsters need to be kept under more control. We'll be paying more attention to them, that's obvious, but being at home should give everyone a sense of liberation. We don't plan to restrict visits from family members, where it's a young dad for example, it can be very rewarding mentally to be able to give a cuddle or a kiss to the baby. That's how much of an advantage we can have when it's a EHF EURO at home, it's definitely something that will benefit the team. We live in Telki, hermetically sealed off from the rest of the teams, we train there and we will go to the matches from there. We will be careful because of Covid, of course, because nobody wants to miss a player from the matches. We will take the healthy route.