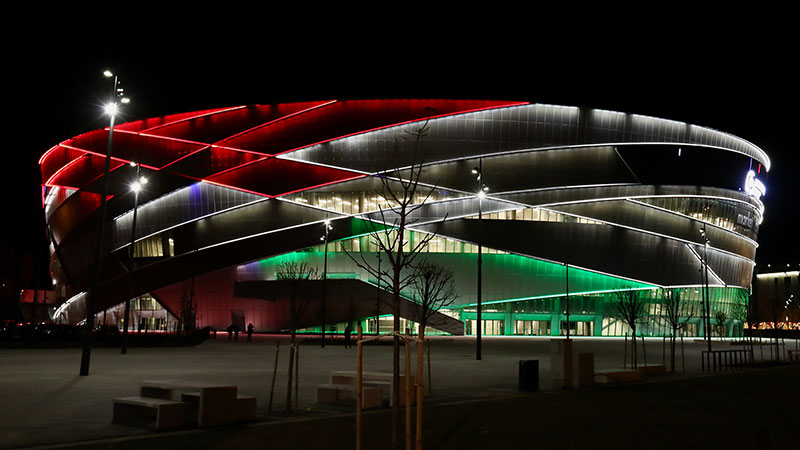 On Monday, an external lighting test took place at the new multifunctional arena in Budapest, the first major event of which will be the European Men’s Championship, co-hosted by Hungary and Slovakia in January.

At the lighting test, the arena’s unique exterior lighting system bathed the facility in red, white and green, with 2,800 luminaires, a total of 3,300 metres of LED strip lighting and a 700 square metre projector.

“In 2018, when the Hungarian Handball Federation, together with Slovakia, won the right to host the 2022 European Championship, we could only hope that we would have a new and unique arena here before the European Championship," said Government Commissioner Gábor Bardóczy at the lighting test. “The hall is almost 40 metres high, the outer ring is almost the same size as the Colosseum in Rome, and inside there will be 20,022 seats for spectators and fans. The hall will be inaugurated in mid-December, and in January we hope to see as many of you as possible cheering on the Hungarian national team, which will be playing in a European championship at home for the first time in its history!”

At the European Championship in January, the new Budapest arena will be home the Group B matches involving Hungary, the Netherlands, Portugal and Iceland, one of the main round matches, as well as the semi-finals, the final and the bronze matches.