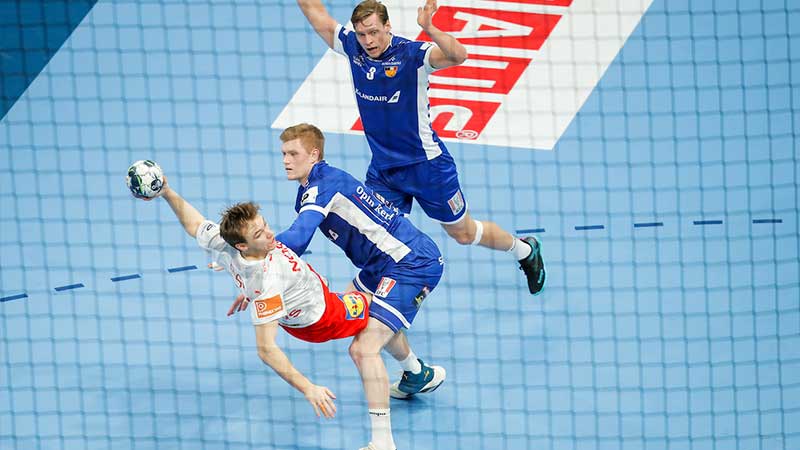 Montenegrin dream, handball at top level by France and Denmark in Budapest!

The main round action of the EHF Euro 2022 started on Thursday. The Budapest Arena was even more colourful than before thanks to the supporters of the six different nations and the Hungarian fans. The players made a great show for the public.

Iceland, the Netherlands, France, Croatia, Denmark, Montenegro: these six national teams will be in the centre of attention until 26 January in Budapest (and of course another six teams in Bratislava). The crowd loved already the matches of the first day in the main round.

The teams of Montenegro and Croatia, as well as their supporters are visiting Hungary quite often, but rather because of water polo, which is a national sport in these two countries. Regarding handball, this kind of rendezvous has not been so common, since Hungary hosts a major men’s event for the first time. 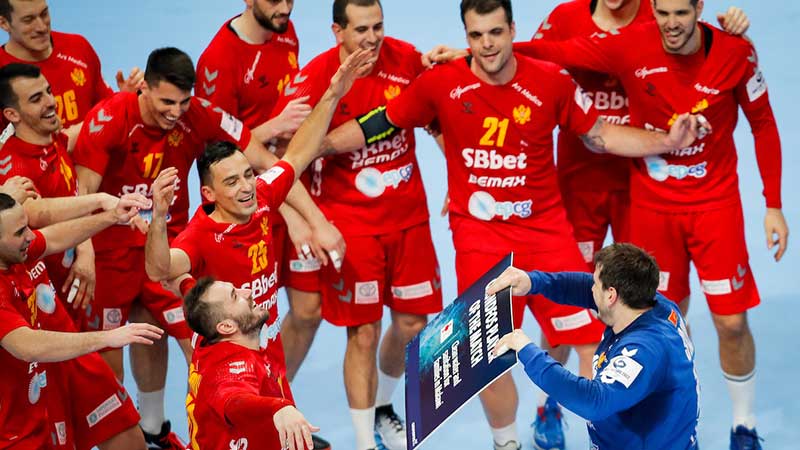 The Croats came from Szeged, the Montenegrins from Debrecen to the Budapest Handball Arena, after both teams finishing second in their groups.

Tricky, the mascot of the tournament began to make contacts with the fans half an hour before the start of the first match already, they were dancing together for the fan songs. Do not forget that it is really worth following Tricky on TikTok as well! The Icelandic, French, Dutch and Danish supporters occupied one corner of the hall respectively. 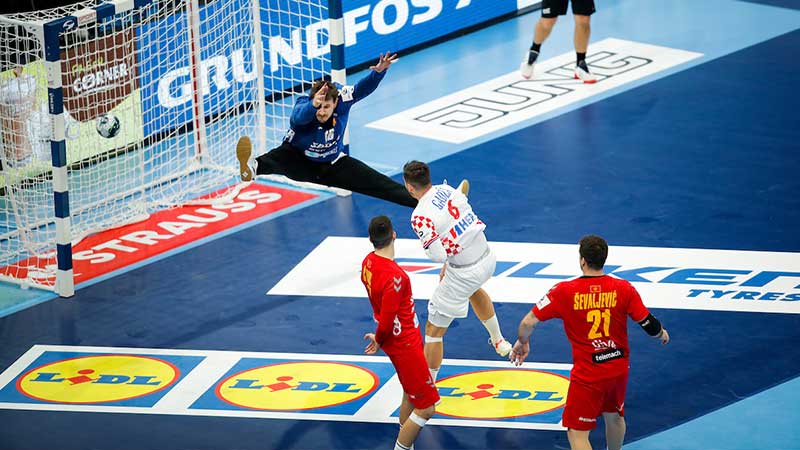 So the Budapest Arena became really colourful for the afternoon!

Even in the media centre we could hear more South Slavic words than before, the colleagues were of course eager to watch the derby between Montenegro and Croatia.

During the introduction of the teams it was Mirko Alilovic who was cheered the most due to the Hungarian fans, as the goalkeeper has played for many years for his clubs in the host country of the EHF Euro 2022.

After the throw-off the Croatian fans became more and more silent, and the Montenegrins were feeling like heaven. The team of Zoran Roganovic were fantastic, they had a 6-goal lead at half time. They went on to win the contest by the same margin, so the main round started with a big surprise.
’We dreamt big and we play an interesting handball with so much energy. It just shocked me that the difference between Croatia and us was so big. I hope I will never wake up from this dream.’ – Nebojsa Simic said after the game.
So the Montenegrins began to dance, and meanwhile more and more fans were gathering on the stands and around the buffets as well. Including some Danish ladies.

Mathilde, Mikaela, Caroline and Megan have come from Copenhagen. ’We came here on one hand because we passionately love handball, on the other to experience this great atmosphere. We arrived yesterday and we stay until the final, so we will look around in the city between the matches.

Cecilia and Naja came from the Danish capital as well.

’We arrived yesterday, and we have already seen a couple of sights, the city is beautiful. Just like the arena, and the atmosphere was excellent in the first match, too.

As well as in the second one. 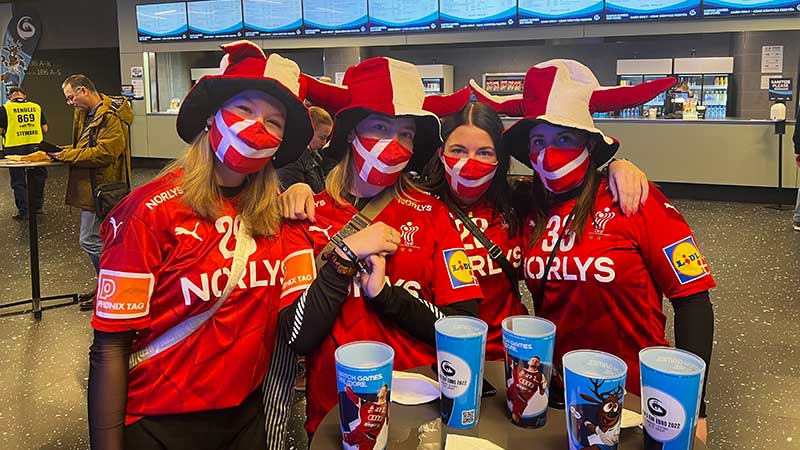 Great start by the Dutch, French dominance in the end

The expectations were different among the fans about the Dutch team, many of the Hungarian spectators supported Oranje that defeated the hosts in the prelims. The other part of the fans, however, stood behind the Olympic champion French team. Karabatic and Co. played brilliantly in Szeged. 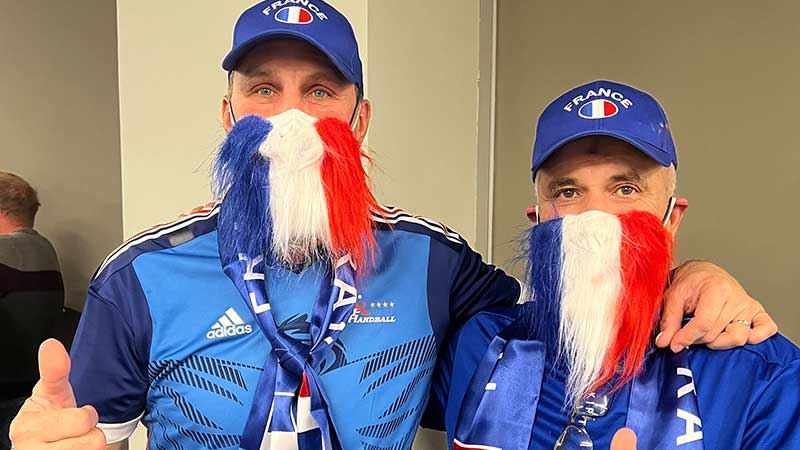 They started well this time as well, but the Dutch managed to level the score at 12-12. From that point we could see another turn, and a couple of minutes after the restart the French already had an 8-goal lead. They had significantly more fans on the stands.

In the very last minutes the French supporters were singing La Marseilles, and the team of Guillaume Gille gave another sign that after Tokyo their aim is to clinch the gold medal also here.

But what could be the goal of the French supporters?

’We’ve been here for 5 days now, so we’ve had time to look around in the city. The House of Parliament is beautiful and we tasted goulash as well. Tomorrow we are going to the lake Balaton, and we stay in Hungary until the final, so we’ll have more time to see some other sights, too’ – a French fan, Paul (on the left of the photo) said.

’Ria, ria, Dáááániaa!’ – a Hungarian fan was shouting in sector 304. Two teams with a 100 per cent record met in the final match of the day in Budapest. Both the Danish and the Icelandic team clinched 6 points in the group phase. Iceland president Guðni Thorlacius Jóhannesson, who sent a message in Hungarian on Thursday to local fans, was also present in the arena, as well as Sigvaldi Gudjonsson’s parents, among others.
The majority of the fans, however, came from Denmark, they occupied a whole sector in the lower level, and they could be statisfied at half time, as their team led by 3 goals.

During the break local MC Edit Szalay asked where the Hungarian fans were. They answered in a noisy style – one of them made contact with Croatian fans in the middle of the Icelandic sector, wearing a water polo cap, where else… - and their number will definitely increase in the next few days, as the best handball teams will play top handball in the hall.

The last match today finally ended in a Danish victory after a great battle.

To be continued – on Saturday! 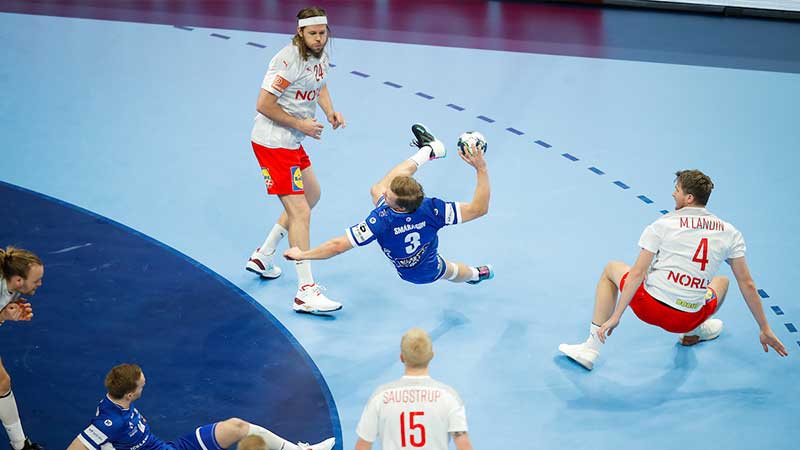