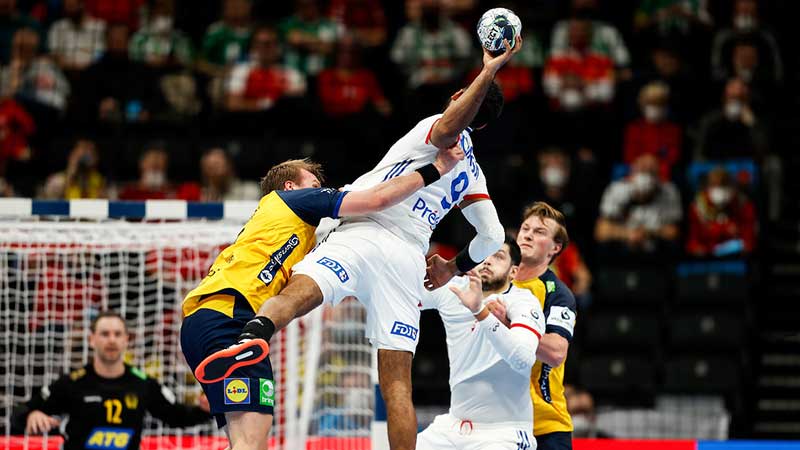 Spain-Sweden for the throne of Europe

Surprisingly, Denmark and France were also eliminated in the Semi Finals of EHF EURO 2022 in the Budapest handball arena, so after 2018, Spain and Sweden will compete for the gold medal again. Norway took 5th place after an amazing match against Iceland, and with this result Norway qualified for the upcoming world championship.

If only the last few seconds happened differently, Iceland and Norway would have played in the Semi Finals and not the placement game for the 5th position in the Budapest Handball Arena. As the French national team took the lead against the Danes at the very end of Main Round’s last match, while the Swedes scored the winning goal facing Norway 6 seconds before the end - thus, both sympathetic sides fought for 5th place. 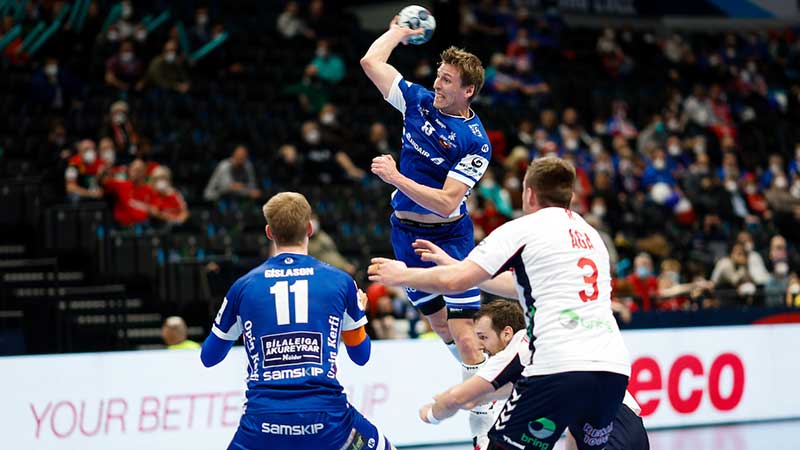 Which then became a classic, a bout we’ll probably remember for a long time. After 3-3, the Scandinavians increased the lead by 4,, but at 24-24, Iceland caught up to their rivals. Moreover, they took the lead at 27-26, which was tied by Norway, and Sander Sagosen’s line attacked for victory in the last minute. Their pass was turned over, and there was still time to shoot at an empty goal, but the Icelandic shot was just wide - huge misfortune, a tragedy, such a great opportunity ...

In the first half of the overtime, with a last second goal Norway took the lead, and the same scenario happened at the very end. Viktor Halgrímsson, one of the best goalkeepers at the EHF EURO2022, got the shot in the last second, which found its way at the moment of the whistle - after a video check, the goal was deemed valid, so Norway took the victory and the 5th place. With this performance they qualified to the next world handball championships held by Poland, Denmark and Sweden in 2023.

Huge applause thanked the performances by both the Danish, Swedish, French, Spanish and Hungarian audiences. 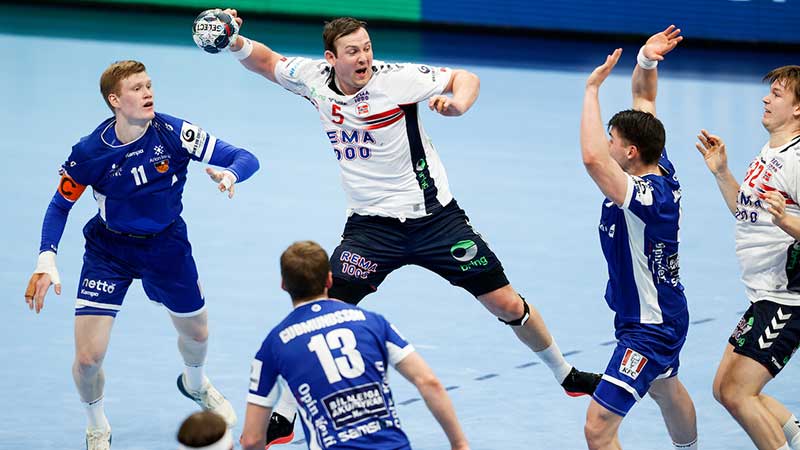 Thomas Alfred Solstad, pivot of Norway summarized the match:
‘We were hungry for success after the loss against Sweden and we really wanted to show everyone that Norway is still at the top. We played really good handball and with a bit of luck we were able to win this game. All in all I am devastated with our performance in this EURO as we lost matches by one goal so it was hard to swallow. I am very grateful for the fans as handball is so much fun with audiance and we got a lot of energy from our super supporters here.’
Kent Robin Tönnesen cannot wait to go to Szeged:
‘We expected a tough game because Iceland has an impressive team, we had to fight till the end. Today we showed our real character, and we could win this match. We were disappointed not to reach the semi-final, so it was not easy to motivate ourselves. We talked about that a lot and decided to look forward, so finally, we managed to come back from that. We were not the luckiest with our schedule, we had some travel-days, a couple of hours on the bus, but it was OK, I do not think that it had any effects on our play. I like to play in Hungary, I love this country. This arena is amazing, I wish I could have played one more game here. Now I will have a little rest, then return to Szeged, I am very motivated for that, I can not wait to join the team.‘

Omar Ingi Magnusson, was named the Player of the Match after having netted 10 times. With this performance, he increased his lead at the Top Scorers list.
‘It was a tough game and we fought until the last minute, like the whole EHF EURO 2022. I would like to win this game but unfortunately it did not happen. We missed some of our key players, but we found out that we have other very good players. I am proud that I am a national player of Iceland, and it is a great honor that I scored the 2000th Icelandic goal in the history of the European Championships. I think we could be satisfied with everything because we gave our best during the whole EHF EURO 2022.’

Spain can three-peat, triumphed over Denmark

The two Semi Finals of the Egyptian world handball championship were repeated in Budapest on Friday, and the Spaniards fought back for their defeat. The rematch was everything but usual, as the Mediterraneans controlled almost the whole game and never let Denmark play their style.

Similar to the match against the French, a setback arrived after a good start. By half time, the bigger advantage had melted down, and the Spaniards equalized to 14-14 with Aleix Gómez Abello’s and Joan Canellas’ goals as well as Gonzalo Perez de Vargas Moreno’s great saves, and with Gomez's 8th goal at 17-16 they took the lead for the first time. The Danish head coach took a team time out at 25-22, but the world champion played even more nervously and inaccurately in the final seconds. With this victory, Spain advanced to their fourth consecutive final at EUROs and with a success Spain would set a record of Sweden on Sunday as a nation with three-in-a-row. 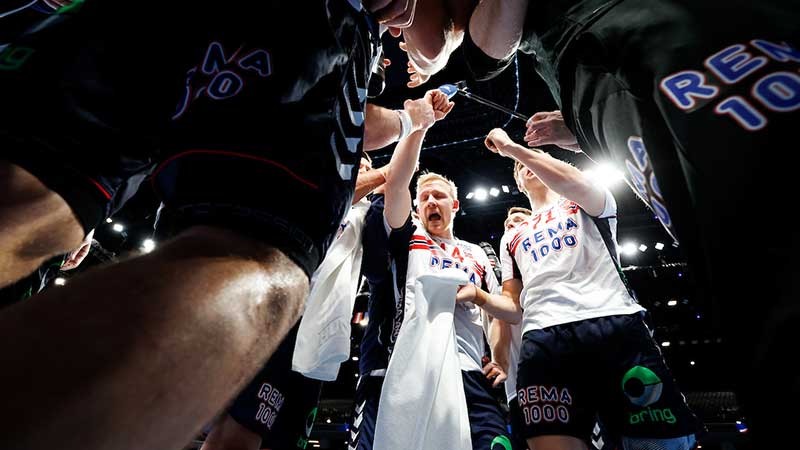 MVP of the game Aleix Gómez Abelló summarized:
’We knew that Denmark is one of the greatest team of the World but we were able to overcome any difficulties today and beat them. I think we did not let Landin to cause us problems with his saves and our keeper was outstanding today. As always we fought till the end and we did not give up in the tough moments. Everyone can expect the same from us in the final as well. We do not care who will be our opponent we will prepare for that final clash and I believe in ourselves so I hope we can go home with the gold medal.’ 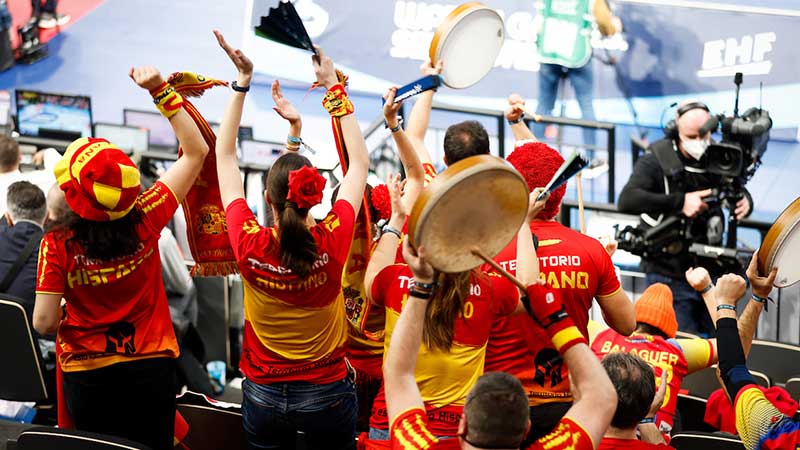 Jorge Maqueda celebrated their victory in well-known environment:
‘We were a bit nervous in the first half because we played against an amazing team. In the second period, we could strengthen our defense which helped us to win the game. We had to move to Budapest after 7 matches but Bratislava is close to here, so we managed it easily. I hope that the arena will be full on Sunday and the Hungarian people will also cheer on us. I can play near home now, as I am a member of MKB Veszprém, which is very comfortable. My teammates wished all the best for me before the game, and if we win the tournament, I need to pay for a dish for them.‘
Lasse Svan, right wing of Denmark was disappointed
‘I think the Spanish team did a great job. They pressured us to play in a style we did not want to. We wanted to play fast handball, but they succeeded in slowing us down. We started well and we had a lot of opportunities to pull away early in the game, but we could not do this. We had the lead, but we were not leading the margin that we actually should. We made too many mistakes and missed several shots. After the first fifteen minutes Spain became better and better and in the second half, they played better than us. We have amazing fans and of course we want to give some joy to them after this unsatisfying result. We all hope that we will get the bronze medal on Sunday.’

Fans were also very much looking forward to the two Semi Finals, such as Elisa, who traveled from Spain to Budapest:
’I arrived in Budapest yesterday, but I was too tired to go out in the evening. This morning my friends joined me, and during the day we walked around the city centre. I really liked the Basilica, we might go back there tomorrow. The new arena is very impressive, you can see how huge it is from the outside, and when I saw it inside I was amazed. It's been a very exciting semi-final so far, I hope we can make it to the final on Sunday.’ 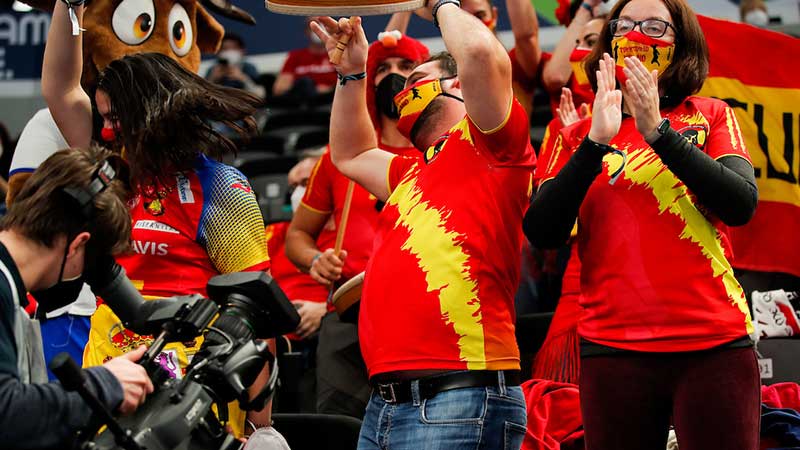 More and more yellow shirted fans arrived at the arena as their national team was about to debut.

’We came to Hungary for the final two match days of the tournament, and it has been very nice ever since we arrived. Budapest is a great place, but we will see more of it tomorrow. The EHF EURO has been a roller coaster ride for Sweden, but we are here in the semi-final, which is great and the atmosphere is amazing in the new handball arena. I expect a tough, two-goal victory against France.’ said Bettan and Sonia 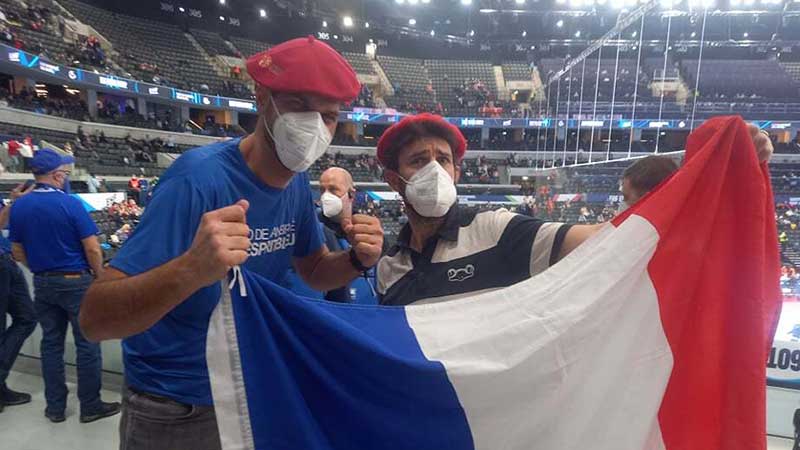 ‘We have already been to the arena against Denmark and Montenegro, but the atmosphere today is the best so far. We came here with a small group; we cheer for France with them. Our favourite players are Benoit Kounkoud és Melvyn Richardson, but the team is the most important of course. We hope our fan hats will give power to the guys!’

Sweden could be record champion

Sweden faced the Olympic champion France without their best scorer, Wanne Hampus who scored 41-goals yet.
After 10-7, when Andreas Palicka, the Scandinavian goalkeeper, netted his third the scoreboard showed 10-10 and he turned to the top scorer of the yellow shirted side.
Can this EURO still show something new and jaw-dropping? Of course! The 17-14 Swedish lead in the half time was the biggest difference between the two units so far.
After 19-14, Aymeric Minne started with hot hands and brought France closer, but never so much that the Scandinavians would have had to panic.

Then, three and a half minutes before the final whistle, the French came back to one goal difference with who else’s goal, Minne, however Lucas Pellas answered, and although the one goal situation repeated once more, a Palicka save came and ended the game. So to some surprise, Sweden is the second finalist, thus the 2018 finals will be repeated, as will the bronze match.

Ludovic Fabregas, pivot of France: ‘It was a really difficult match. We did not play well, while they had several outstanding performances, such as Jim Gottfridsson, Andreas Palicka or Albin Lagergen. Today we lost because we had some problem in defence. We are very disappointed because our dream was to win the EHF EURO 2022. We have the possibility to win a medal, maybe not that medal that we wanted, but the bronze medal match will be important also.’

Lucas Pellas, right wing of Sweden ‘It was a crazy game again, it seems that we played crazy games only. It was a rollercoaster, we started not so well, but we did not get stressed, we followed our team plan. This was my first match in the tournament, I have just flown in today, but I managed to get used to the new arena. I am in a special situation, I am a member of a French team, Montpellier, so I try to give small tips about individual players if I am asked for. But I never push it if no one asks me. We won as a team, and we will do our best to win one more match here in Budapest.‘