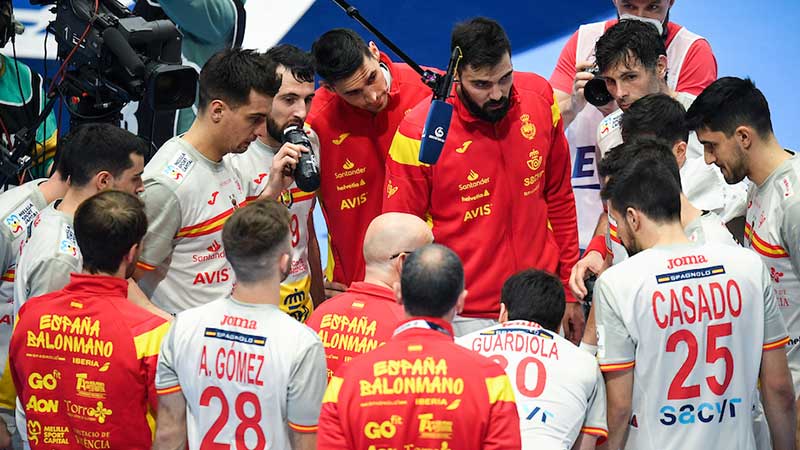 Spain: the team of superstars

Spain is a team full of world class players. The team of Jordi Ribera is not by any chance the 2-time defending champion, and if they clinch the gold medal once again, they’ll copy the record of the great Swedish team back in the 90’s and early 00’s.

Hungarian fans will see familiar faces on the court, since Veszprém players Rodrigo Corrales and Jorge Maqueda are of course key members of the ’Hispanos’. Corrales has an almost 30 percent save efficiency so far, but his goalkeeper mate Gonzalo Pérez de Vargas has performed even better in front of the goal. The Spaniards are lucky enough to have two great goalies in their squad.

Maqueda has scored tons of goals in the tournament, like in the previous ones: he scored 24 times. The great right back will return to his former club Nantes in the summer. The big surprise in the Spanish team has been Balonmano player Agustín Casado, who has 30 goals to his name so far.

Barcelona fan favourite Aleix Gómez, who scored 5 times in the final of the last Euro back in 2020, has been on the scoresheet 22 times at the EHF Euro 2022.

The Spaniards also have stars like Ángel Fernandez (Barcelona) and Paris Saint Germain wing Ferran Solé in their squad, but from this really strong Spanish team almost everyone could be a game decider.