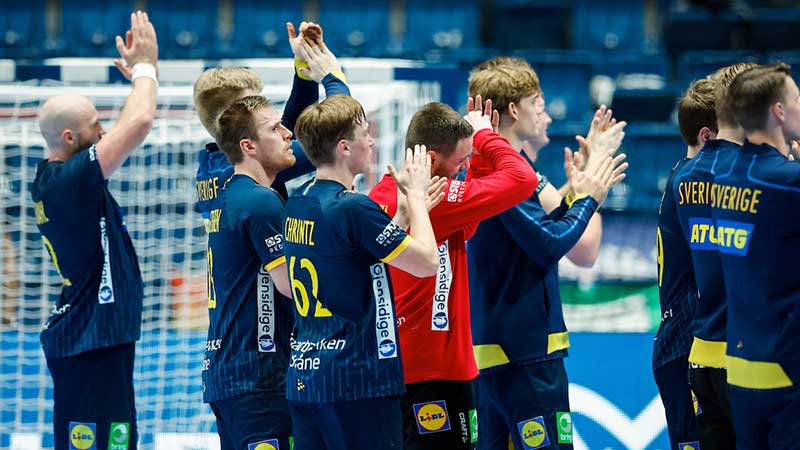 Sweden: they always fight until the last moment

Record title winner, 4-time European gold medalist Sweden has been waiting for 20 years to finish first again at the Euro. They had a slow start at the EHF Euro 2022, arrived to the main round without a single point, but they’ve improved more and more since then, and finally managed to make it through to the semi-final thanks to a penalty goal scored by Valter Chrintz 11 seconds before the end of their decisive match against Norway.

It’s really hard to find the words for Hampus Wanne’s performance. The left wing of Flensburg is among the best scorers of the tournament with 41 goals to his name, which is incredible. Wanne still has the chance to even finish as top scorer of the Euro, if he keeps scoring like that.

His clubmate Jim Gottfridsson has also been excellent so far, scoring 24 times. Regarding some other key players in the team of Glen Solberg, Aalborg centre back Felix Claar (16 goals), Rhein-Neckar Löwen right back Albin Lagergren (also 16 goals), as well as THW Kiel right wing Niclas Ekberg could be in the centre of attention in the last two matches, too.

The three goalkeepers who have stood in the Swedish goal in the tournament, Johannesson, Palicka and Thulin have performed well, all of them have produced over 30 percent regarding the save efficiency. Johannesson almost reached the 40 percent milestone, so the Swedes have top quality in this position as well. Their real strength, however, is their team spirit. This great team always fights until the very last moment, so it won’t be easy to beat them.