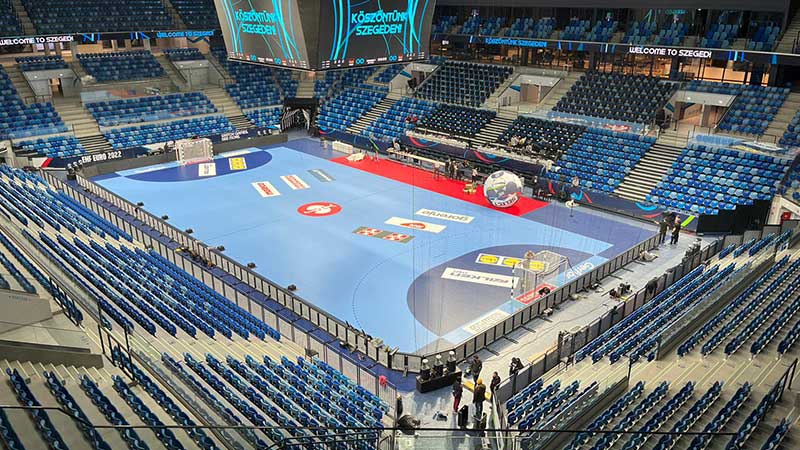 The Serbia-Ukraine match kicks off the EHF EURO 2022 at the PICK Arena on 13th of January. Many people may be particularly interested in the matches of the Olympic champion French national team as well as in the neighboring Serbian and Croatian teams. Preview for the Szeged group.

The handball-friendly audience of Szeged could already taste what it means to be one of the newest halls in the city and in Europe, the PICK Arena.

PICK Szeged inaugurated the arena with 8143 seats in the Champions League match against THW Kiel, and the players reported an impressive experience. The construction of the multifunctional complex has been planned in the city for a long time, but after winning the organization of the EHF EURO 2022, the capacity was expanded to 8,143 people, in the spirit of which the construction was completed.

We will not tell a big secret as most people have indicated their interest in the match between Serbia and Croatia in advance, the prestige game will take place on Saturday, 15th of January, due to the proximity of the two countries.

You can find useful information about the rules of entry and Covid rules for the fans at this link!

Who we will be watching?

The French Olympic champions – who finished with a defeat and a draw against Serbia in the qualifiers and then advanced from the second place – would be a favorite by default, but the epidemic and injuries have also decimated their squad, with big misses, like Luka Karabatic, Timothey N'Guessan or Nedim Remili.

In any case, Nikola Karabatic could be a European champion for the fourth time with the French national team, while the head coach Guillaume Gille could be gold medalist, having previously reached the top twice as a player. 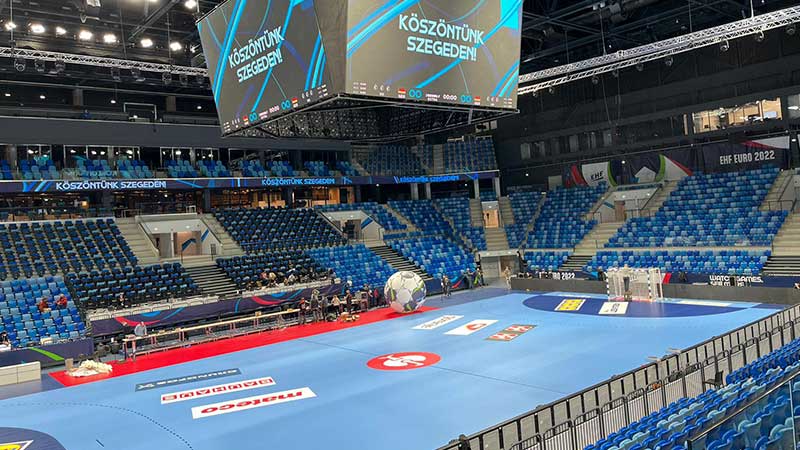 The Croatian national team qualified for the EHF EURO 2022 as the silver medalist of the previous EHF EURO. The World Championships in Egypt was a disappointing experience for them finishing only in 15th place and even they didn’t qualify for Olympics.

Not long before the EHF EURO 2022 start the biggest stars, Domagoj Duvnjak and Luka Cindric also produced a positive test for Covid, so it is a big question when they will be able to enter the tournament. However, the fans can help to the team because the location in Szeged is ideal for the supporters to visit the matches.
Like for the Serbian national team, and even the less up-to-date sports fans will also notice the Serbian-Croatian match on January 15th. As we wrote, the Serbs surprised the French during the qualifiers and several suspect them to be one of the surprise teams in the EHF EURO 2022. Last time they finished in 20th place with three defeats, we would be surprised if this result were repeated. The national team will also have players from both Hungarian top team, Veszprém (Vladimir Cupara) and Szeged (Bogdan Radivojevic).

The Ukrainians, who last finished in 19th place, are building on Motor Zaporozhzhia, qualifying for the seventh time in the EHF EURO. They achieved this as a group third, so they crept into the tournament, but once they’re here, they try to get the most out of themselves. A German head coach, Michael Biegler can help them with this as.

“It’s up to us what we’re going to achieve in the tournament. Everyone must provide 100 percent or more in each match. The team is in a good mood and there will be no problem if we stick together. ”

“The EHF EURO is the strongest competition in the world, with all the top teams representing similar strengths as we do. There will be a big fight in the group as well, but both the crew and the players want to get to the end of the tournament. For now, we're focusing on our group matches. ”

“The French are the Olympic champions, their squad is very strong. It won’t be easy against them, plus we’ll start with them in the group. Serbia was great last year, with the new captain Antonio Gerona being able to become a big team. Ukrainian handball is on the rise, their team is young, we know little about them, but we will be very prepared and we will not underestimate them. ”

„We play for victory in every match, regardless of whether our opponents have strong teams. We will not give up our matches in advance.”

Fans arriving in Szeged should get to know the host city, which is full of life in the winter, thanks to the thousands of university students.

A downtown walking between the historic buildings, a pleasant bathing and relaxation in the Anna Bath on or after the gamedays can be just as much as consuming like a traditional fish soup in one of the traditional restaurants of Szeged.

You can find out what is worth exploring in Szeged in our must to see list!

Taste more – or get to know the gastronomy of Szeged! We give tips!

Visit the official club of the EHF EURO 2022 in Szeged, in the Hági Udvar! Hungi Garden will organize a handball party on 15th of January, and you can enter the club at a discount with a valid ticket or bundle. Details are here!