Tamás Iváncsik: „The EHF EURO 2022 will be a gift for all players!” – Men’s EHF European Handball Championship 2022 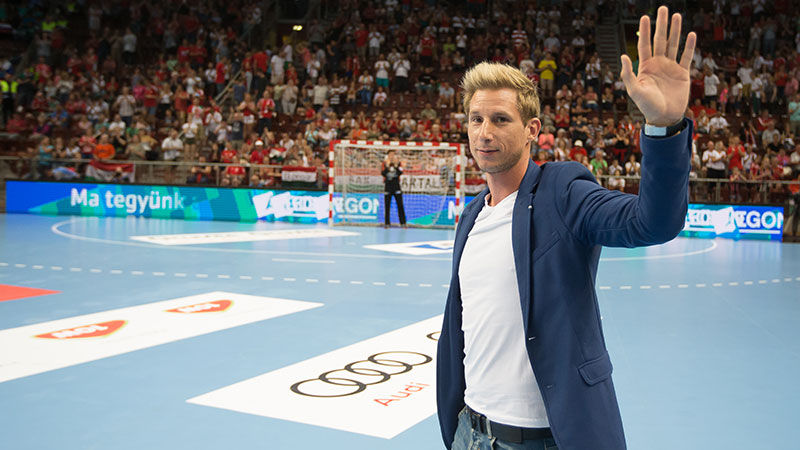 Tamás Iváncsik: „The EHF EURO 2022 will be a gift for all players!”

No European Championship is easy, but the host Hungarian national team will be able to solve its tasks in the group stage. This is what Tamás Iváncsik, the former 117-time national team player, World Cup-6th and World Cup 7th placed, multiple Hungarian and Norwegian champion winger, who has been working for the youth of Veszprém for many years, but even plays actively, in the second division. According to him, the EHF EURO 2022 will be the celebration of handball and a huge opportunity not only at Budapest but also at Szeged and Debrecen, in two cities where this sport has a huge tradition.

Still on the field? – we asked Tamás Iváncsik, who works as the head coach of the U16 team of the Balaton-felvidék Handball Academy in Veszprém, one of the locations of his previous successes.

Yes, I am still active in handball in the second division, in the team of Tata. (After 18 rounds, he is at the top of the league's goal-scoring list with 82 goals.) 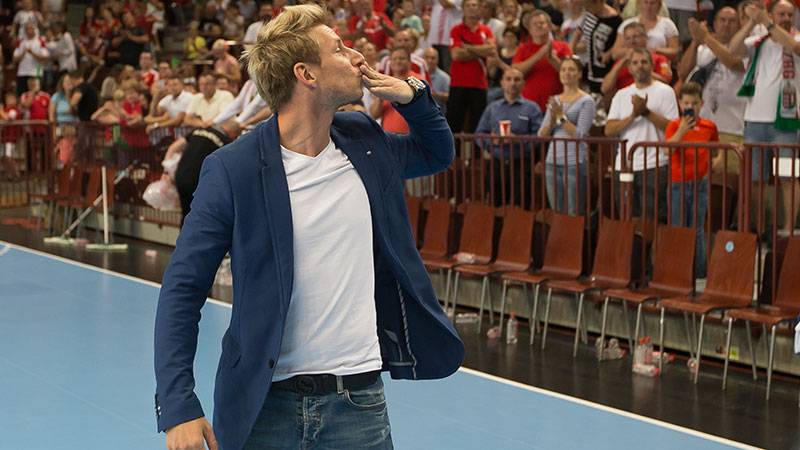 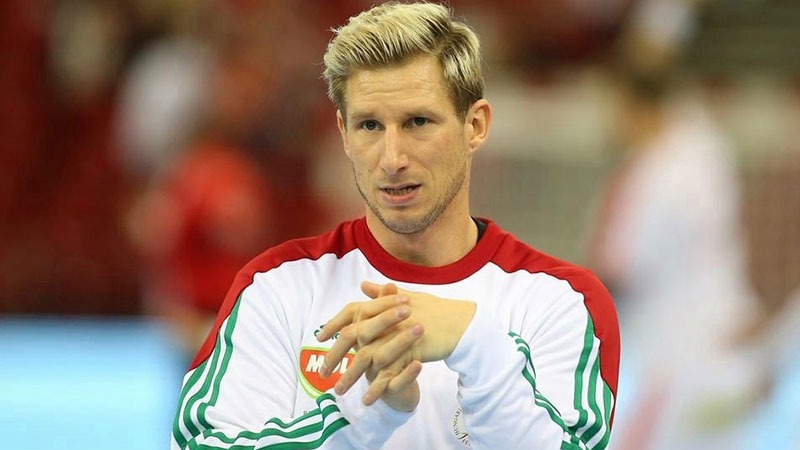 Can't break away from the game?

It was very simple when I thought about it: I easily decided to give up the professional handball, but I didn’t want to stop the game itself. I think this is both normal and healthy for an athlete who has been pursuing the sport at a high level for over twenty years. It takes some time to cool down, taking my health into account as well. I still find joy in handball and I am very happy to be a member of my team and help them.

It’s a matter of point of view, but I’m the oldest player on the team at 38 years old. I’m sure my body will sign when it has to be stopped. Of course, I don’t want to get injured, but I maintain myself, I’m training.
You are essentially working at the academy as a member of a new generation of coaches. Do you build this academy day by day?

You could say yes. The academic system started in NEKA at home, and a lot of children have already come out of both men’s and women’s lines, to the first leagues. Fortunately, the academy started in Veszprém also, together with Balatonfüred, a couple of years ago. I think I can say on behalf of the others that we really like working here, we are also authentic, as most of the staff are former players of Veszprém.

My brother, Gergő, Péter Gulyás, Ákos Kis, Momir Ilic or Ivo Diaz work here, among others. Pretty good names. Do you feel that the young players look up to you? And how do you feel about them being influenced as members of the latest generation? Veszprém has always been famous for handball, children could see world stars up close from week to week. If a boy goes to play sports, there’s a good chance he tries handball. We can be authentic in all ages, I feel. These guys have seen us on the field, they know exactly what level we represented, and we are very happy to be able to pass on the knowledge that is within us to them. It would be a big problem if a guy playing handball in Veszprém had to be motivated. They feel the weight of playing sports here and are honored to be part of the academy.

What about the constraint on results? You have stated several times before that you have experienced at your former Norwegian club, in Scandinavia, a very strong region of handball, they think completely differently. Is it possible to maintain balance in the supply? After all, every kid wants to win, and that’s no different with coaches.

Unfortunately, the supply in Hungary is quite result-oriented. Here in Veszprém we compete for all ages one level up. We think that this is the only way to develop, to progress among the elderly. As a result, there is no compulsion to score at the academy, the primary consideration is to look at the things we have practiced in training on the field and for the guys to evolve from match to match. Of course, we still go out for every match we want to win, but if we don’t succeed, the world won’t collapse.

However, there will be a compulsion to score at the EHF EURO 2022, probably. What do you think about the group where the Hungarian national team will play?

A European Championship has never been an easy tournament, I experienced this on my own skin. I think this is a group where we can take the obstacles. Neither match will be easy, Portugal, Iceland and the Netherlands are also good teams, but since we are talking about a home-run European Championship, all three matches and hopefully even the others will be a huge gift for the players who will be there in the frame and represent Hungary.

What can the European Championship organization mean for the Hungarian men’s handball?

I’ll be honest, one of my eyes was crying, the other was laughing when it turned out we could arrange the tournament. It is a great happiness to have the European Championship in Hungary, and I obviously remembered how great it would have been if we could have participated in a world event in Hungary at a time when we were also national teams. It wasn’t given to me, but those who can now pull up the assorted jersey in a home environment are lucky and really need to grasp these two weeks as a real gift. It will be an unforgettable experience for them.

The greatest interest will surround the Hungarian national team, but this sport has a huge culture in these two cities. Handball is one of the most spectacular, fastest team sports anyway, and it’s really very popular in Hungary. These teams also include EURO and World Cup winners, Olympic champions, I am sure they will attract a large number of audiences.

The team is on a very, very good path. A very liberated, young company that has proven its ability to do anything. Obviously, the home settlement will be a burden, but it should be a pleasant burden on their shoulders. Our staff is fantastic, Laci Nagy, Chema and Pista Gulyás have always solved so far to relieve the players who could play more liberally in this way.

Handball has accelerated a lot in recent years, how much has your position changed, the role of the winger?

The winger tends to be a vulnerable position, but many deny it, there are teams that are very strong in this position and even build their game on it in many cases. The wingers have a finishing task, both at the end of the set-up game and from quick starts and contractions, from which easier goals can be scored. However, in the 21st century, the winger is almost like an athlete: you have to run very fast and jump terribly high, which has also made handball much more spectacular lately.

Do you have a favorite player in this position?

Not particularly, but there are plenty of young, well-trained players. The one I got close to on the field and who had a big impact on me was Luc Abalo, the Olympic, World and European champion righ-winger of the French national team. I’ve always liked his game, he’s a player blessed with parameters who does things on the field that can’t be taught. He’s just fantastic, how athletic, and how unexpected his pulls are. But I could also say Alexander Blonz from the Scandinavian side, who will arrive at PICK-Szeged: year after year, names come up that we didn't even know where they were before. They are all technically very skilled players.

You will soon organize an international camp for children in Győr, together with Anita Görbicz, for the third time. What do we need to know about this opportunity, are you planning to invite national players?

Indeed, this will be the third time we have organized the camp with Anita, it has been very successful so far, children have come to us from several countries and we still have interest from the Netherlands for example. In 2018, the camp was full in one week, in 2019, four days after the application was opened, we reached the maximum capacity. We are pleased that young people are coming to us from all over the country, and also that we have been able to win very serious professionals before. Gábor Danyi joined the professional work at the beginning, most recently Nándi Fazekas held classes, but Júlia Hársfalvi is also visiting us for the third time. We try to be authentic and fortunately the feedbacks are good so far.