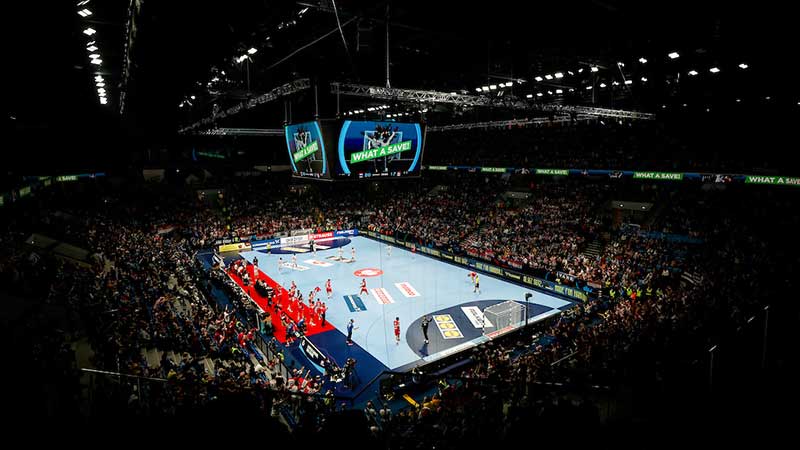 The PICK Arena was a great host of Group C matches at the EHF Euro 2022. Thousands of Hungarian, Serbian, Croatian, French and Ukrainian fans filled the stands in the six contests held in Szeged. The two teams that qualified for the main round will continue the tournament in Budapest.

We got what we needed: passionate and intense support by the fans, filled stands and great play on the court. Handball fans enjoyed every moment of their stay in the PICK Arena.

It was a tough battle for the first two spots between France, Croatia and Serbia, some of the matches attracted 8143 spectators which meant a sold out day in Szeged. All in all, nearly 40,000 fans attended the six games in the city of sunshine.

Szeged is a real bastion of handball, the local fans are experts of this sport, and once again, the city proved to be a great and authentic host.

’It was amazing to play in front of such a big crowd, the atmosphere was fantastic’ – Bogdan Radivojevic, player of the Serbian national team and PICK Szeged said, and everyone agreed with him.

’It was the best support I’d ever experienced’ – said Zeljko Musa, member of the Croatian team. The fans really loved Tricky, the mascot of the EHF Euro 2022 in the PICK Arena as well. He will be followed by many supporters to Budapest to the main round.

Regarding the statistics: all four teams were represented in the final rankings. Dmytro Horiha of Ukraine was the top scorer in Szeged with 16 goals to his name. Group winner France produced the fastest shot (10.59 km/h) by Kentin Mahé.

From the Croatian team Ivan Cupic performed the top running distance (10.59 km) and Lovro Mihic the fastest sprint (8.82 m/s). Lazar Kukic of Serbia had the highest number of passes (665, and 664 of them received), his teammate Dragan Pechmalbec spent the most playing time (140 minutes).

The crowd could see a total of 322 goals in the PICK Arena, an average of almost 54 per match.

We can be sure that the PCIK Arena will serve this great sport in the future as well.