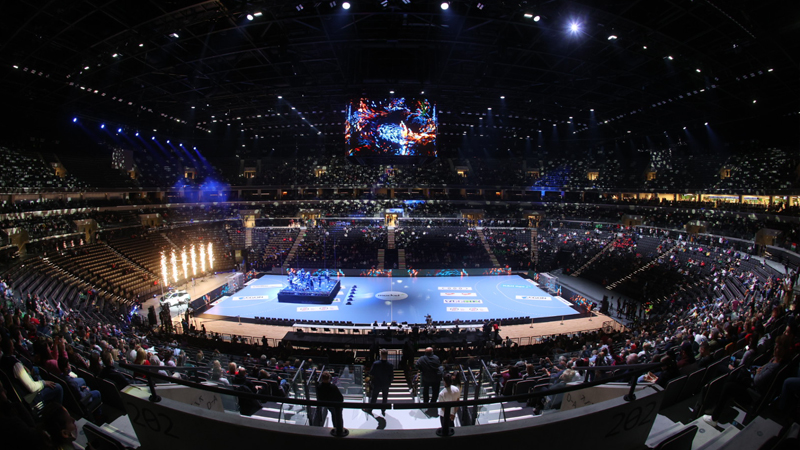 Less than one month before the biggest and central arena of the EHF EURO 2022 was handed over. Following the inauguration ceremony more than 5,000 people enjoyed the varius programs offered by the facility at the Main Rehearsal following the inauguration ceremony The MKSZ (Hungarian Handball Federation’s Handball Hall of Fame was officially established, the Punnany Massif gave a concert, as well as the dominant handball players of recent decades have entered the court and played a game.

The profit gained from the ticket sales was given by the organizers to the To be good is good! fundraising action.

The construction of the arena which has a floor area of 50 000 square meter and is suitable for events in 27 different sports, started 27 months after in Hungary, together with Slovakia won the right to host the European Men's Handball Championship at the European Federation’s conference in Glasgow in 2018.

The hall with 20,022 seats is one of the largest arenas in Europe, which, in addition to sports, it can give a boost to the tourism of the capital, as well, and it can host cultural and musical programs, too - reminded us Gergely Gulyás, Minister in charge of the Prime Minister's Office at the inauguration ceremony in the afternoon.
In his greeting, Máté Kocsis, the president of the Hungarian Handball Federation, pointed out that we can experience (sport) historical moments in January in the hall in Budapest, as well as in Szeged, in the Pick Aréna which was handed over last week, and the Phoenix Arena in Debrecen which was renovated on the occasion of the European Championships, since Hungary has never organized an adult men’s world handball competition until now. 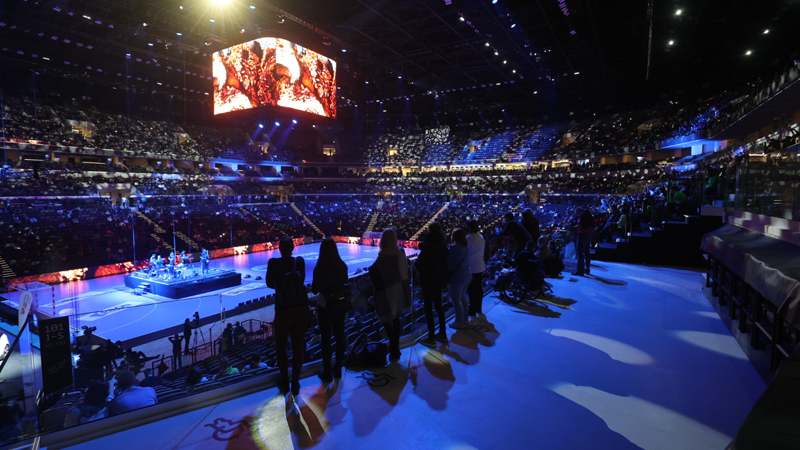 Between January 13 and 30, the best male players from Europe will visit Hungary as well as Slovakia. Budapest will host 23 matches, including all matches of one semi-final group and the most important matches of the final weekend. Since in 2024, Hungary will host the European Women's Handball Championships, and in 2027 Women's World Championships, the arena that has just been handed over, will definitely play a central role also in those events.

The facility was praised by Michael Wiederer, President of the European Handball Association, who then symbolically handed over the official ball of the tournament to Roland Mikler, the team captain of the Hungarian national team. The ball then went hand in hand, József Éles, Beatrix Kökény, Marianna Nagy Gódorné and finally Péter Kovács received it, thus the former best handball player of the 20th century scored the first goal of the arena.
In addition to Gergely Gulyás and Máté Kocsis, dr. Tamás Faragó, the Athlete of the Nation, Olympic champion water polo player, as well as Beatrix Kökény and József Éles also participated in the auguration ceremony.
The first large-scale program of the Budapest arena, the Main Rehearsal, started in the late afternoon where the Hungarian Handball Association officially inaugurated the legendary players of the sport to the Hall of Fame. Eleven handball players in both men and women are part of the illustric company, five people posthumously received recognition back in 2020. (Beside them, also the coach, Bódog Török and also Attila Vanyus as a sports leader received the recognition porthumosuly.)

A funny point during the evening was the Battle of the Mascots, where figures of sports organizations and associations fought a multi-round dance battle, and the battle was finally won by the Fradi Sas. Of course, Tricky, the mascot of the European Handball Championship was also there who anyways entertained the fans coming into the arena all the way through. Visitors were able to try out also the Watch Games. See More. themed theme park, in which this time as well it was possible to assess their handball skills with the help of the most modern digital tools. The first highlight of the evening was the concert of the Punnany Massif, then the audience was able to enjoy the All Star programs of the key players of the Hungarian Handball’s last decades.

Among others, Ágnes Farkas, Görbicz, Beáta Siti, Rita Deli, Ildikó Pádár Bojana Radulovics and also Katalin Pálinger took part in the women's skill competition. In the men’s All Star match, we were able to welcome excellences like Nándor Fazekas, Attila Kotormán, Gergő Iváncsik, Tamás Iváncsik, Nikolá Eklemovic, István Pásztor, László Nagy or Szabolcs Zubai. During the break of the match, the audience welcomed the members of the men’s national handball team with a big applause. They will inaugurate the arena on January 13 with a match against the Netherlands. "It was a great feeling to experience the expected atmosphere now," said Richárd Bodó, member of the national team. "We're looking forward to the first game so we can play in front of a full house, that will feel a little different. But we still have a lot of work to do, and from now on we will focus on that. ”

“I think we’ve managed to organize a really colorful, adventurous event, finally we got to know and get to know the arena from the outside and inside, ”said Barbara Kovács, the managing director of 2022 EHB Company, who added that nearly HUF 3 million was raised for the charity from the ticket sales, which amount goes to the public media To be good is good! fundraising campaign.

The staff of WGSM TV, the video magazine which presents the background of the European Championship and the everyday life of the Hungarian national team was of course also present at the inauguration ceremony and the Rehearsal. A summary of the best recordings is available through the following link: