The last week of the EHF EURO 2022 starts today, which means by the end of the week we will find out who claims the throne. There are only two matchdays left in the Main Round and five of the six teams still have a chance to advane to the Final 4. It’s guaranteed to be a thrilling and exciting day in the Budapest handball arena.

There will be three matches in Budapest on Monday: Iceland would like to continue the fairy tale, Denmark tries to secure a spot in the top4, while France wants to forget Saturday’s surprising loss.

The menu for Monday:

Iceland and Croatia throws off the matchday. The latter is already eliminated from the semi-finals, but they made it tough for Denmark on Saturday, so this should be a tight game as well. Iceland is the surprise team of the tournament, they managed to beat Olympic champion France by eight (!) goals, so they are close to advancing to the Final 4. They need another historic win today as they never beat Croatia at the EURO. 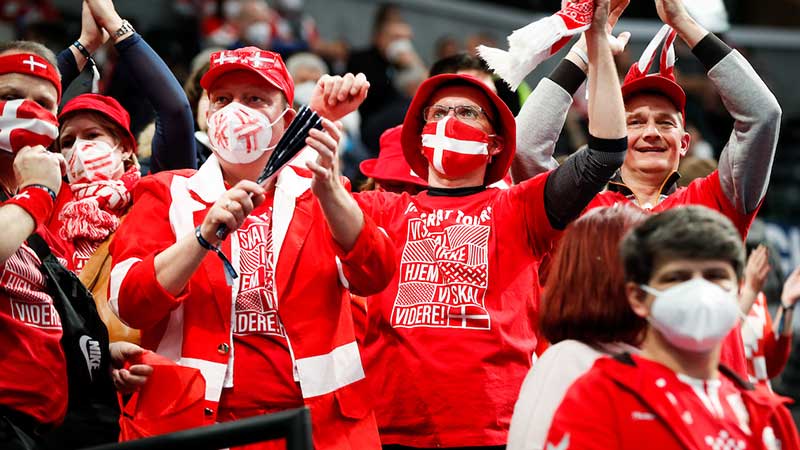 In the weekend, the Icelandic and the Croatian fans were the loudest in the Budapest handball arena, so the atmosphere should be great to start the day.

Then comes the World Champion and Olympic runner-up Denmark led by Mikkel Hansen, they are flawless so far at the EHF EURO 2022. The Netherlands won an heroic and historic game against Montenegro on Saturday with a lot of missing pieces and a fifth string goalkeeper. That was their first ever win in the Main Round, so they can play freely and they can enjoy the game.

In the evening Olympic Champion France will try to make everyone forget that they lost to Iceland on Saturday, which made their run to the Final4 much more complicated. Their opponent will be Montenegro, who is in the Main Round surprisingly but not undeservedly. Both teams have a smaller but very loud fan base in Budapest, and the Montenegrins will have the backing of the Icelandic fans as well.