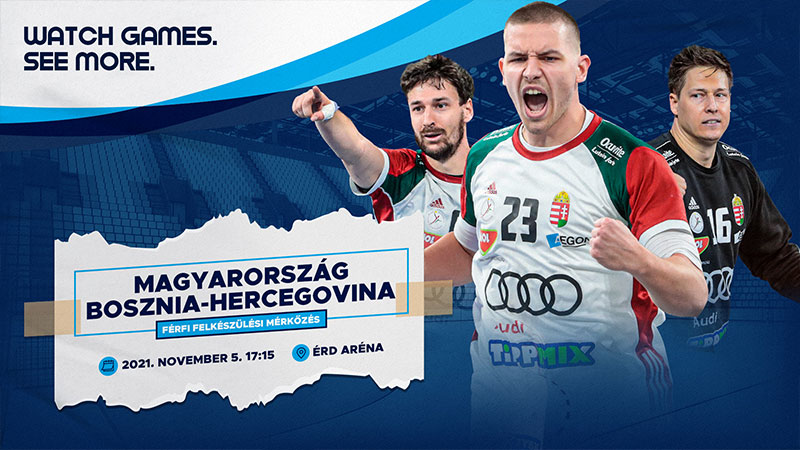 The Hungarian national team, preparing for the European Championship in January, will play a preparatory match with the Bosnians in Érd.

For the meeting on 5 November and the current national team meeting, István Gulyás has announced a 21-man squad. This time, Márton Székely, Csaba Leimeter, Dominik Máthé, Zoltán Szita and Egon Hanusz, who are also playing abroad, were invited to the team, as they did not take part in the October meeting.

This is Egon Hanusz's first season as a legionnaire (his jersey has been retired by his parent club Csurgó), and the TVB Stuttgart manager expects the meeting in Érd to further develop the team's game. (The Hungarian national team will play the Bosnians again the next day, but then behind closed gates.)

"We would like to play good handball at the European Championship, to continue the path we started on, and these two preparation matches will be a good opportunity to practice this game. The result will be secondary, the important thing is to practice as much as possible and to further strengthen our game. I hope that Friday's match will attract a lot of fans, we always want to serve the crowd", said Egon Hanusz, who has already shown his skills in Germany, scoring 5 goals for Löwen. – “I've had some good games, but I've also had some not so good ones, and now my game seems to be settling down to a solid performance. I feel very comfortable in the team, everyone was very direct at the beginning and afterwards, the team mates are helpful."

"I'm really looking forward to the European Championship, I think it will be a great opportunity and experience for all the players to play in front of their home crowd. There will be no set matches in the group, in fact we will have to give 100 per cent in all three games to win," added Egon Hanusz, who will of course have to fight for a place in the European Championship squad.
The Hungarian men's team squad:

Preparation match:
5 November 2021, 17:15:
Hungary-Bosnia and Herzegovina
Tickets for the match can be purchased at: tickets.funcode.hu/events.