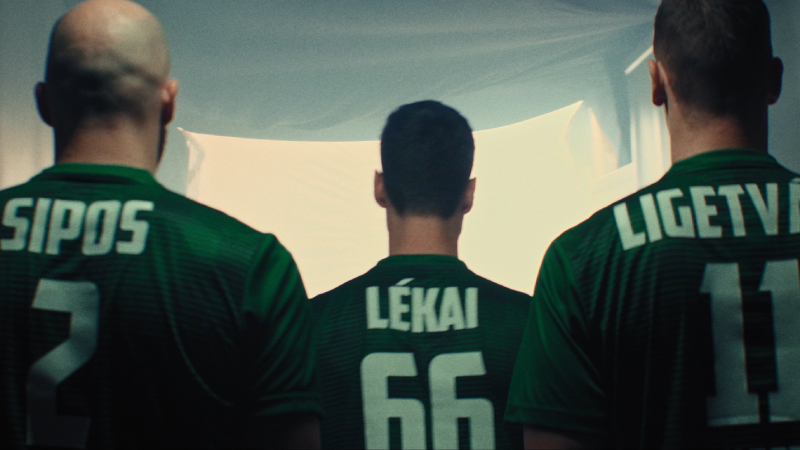 The image film for the EHF EURO 2022 debuted

The Hungarian-Slovakian Men’s European Handball Championship will start in just over 40 days, and the organizing committee has reached another milestone. The image film promoting the tournament will be available on the media from December 1.

„If we cheer together, there’s nothing impossible!” – this is the main message of the short film promoting the EHF EURO 2022, which starts on 13 January. The clip features Máté Lékai, Bence Bánhidi, Adrián Sipos, Richárd Bodó, Patrik Ligetvári and Roland Mikler, the key players of the Hungarian national team.

According to Máté Lékai, the expectation of the players of the national team for the tournament is getting stronger, which may be one of the biggest experiences of their careers due to the Hungarian environment and the new arena.

“It was fantastic to be involved in filming this short video. I also really liked the final version and we are proud to be in it. At the same time, the most important thing is to achieve the best results in the European Championship, ”said the manager of the Hungarian national team.

“We are also very excited to start the event we are preparing for two years ago. For us, the image film just presented has already created the atmosphere that will be waiting for us in the stands and in the arena during the European Championship. The sequences of images reflect the energy, determination and commitment well, as well as the expected tension and excitement. We hope that as many people as possible will want to experience this live and support the Hungarian national team as one. I can only encourage everyone to buy their ticket now so that they can be part of the experience in January! ”said Barbara Kovács, executive director of Eurohandball 2022 ltd.

The host Hungarian national team will play its group matches in the new Budapest Multifunctional Sports Hall against the Netherlands (January 13), Portugal (January 16) and Iceland (January 18). If they passes on from their group, Hungarians will also be interested in the 20,000-seat Budapest arena in the Main Round matches.

Tickets and passes for the European Championship are still available, to all Hungarian venues, including the other two halls in Hungary, the New Arena in Szeged and the Főnix Arena.