The taste of victory: Hungarian success in the arena of Budapest – Men’s EHF European Handball Championship 2022 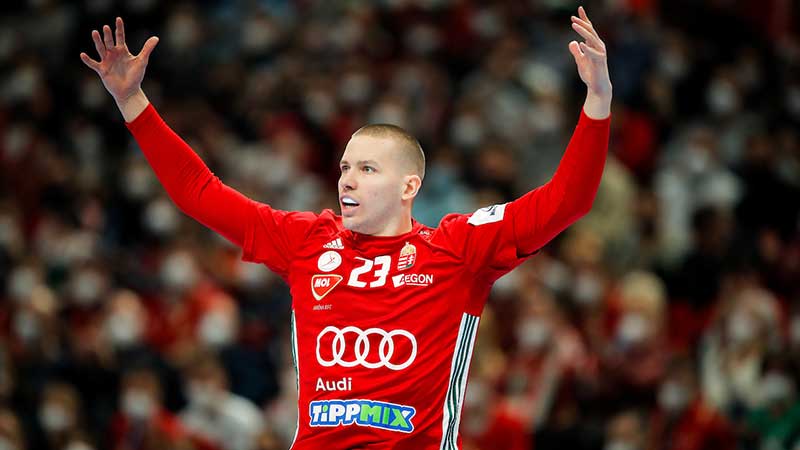 The taste of victory: Hungarian success in the arena of Budapest

The Hungarian national handball team beat Portugal 31-30 in a huge battle in the Budapest handball arena and are still competing to go through the main round. Thus, after Slovakia's success against Lithuania on Saturday, the other co-hosts could also taste victory - this time in front of 20 022 spectators.

All tickets have been sold out for the match of Hungary against Portugal, regardless of the result of the first game on Thursday. Since the interest in the EHF EURO 2022 has been so great that we were able to predict days before the tournament began that the Budapest handball arena would certainly be packed for the Hungarian team's group matches – which means 20 022 spectators. 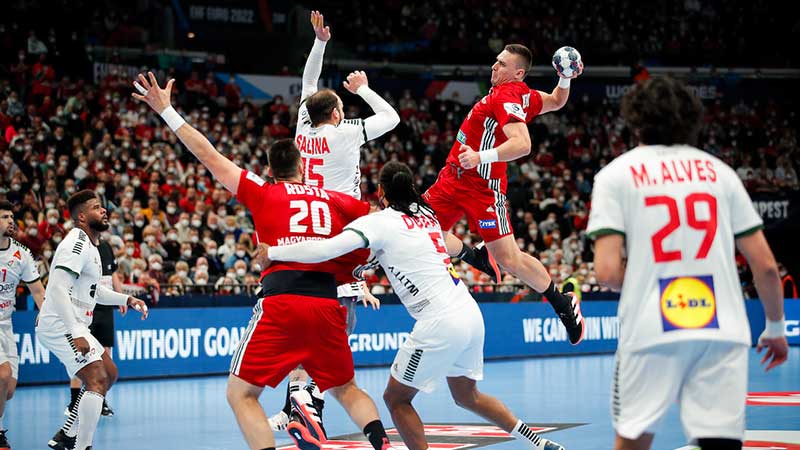 Despite the defeat on the first day, or perhaps because of it, the anticipation for the second match was even greater. Everyone was wondering whether it was just the pressures that had crushed the hosts in the first match or whether it was something else. For example, the fact that Group B is very balanced, was mentioned by both team manager László Nagy and head coach István Gulyás before the tournament.

The Portuguese arrived missing many players (the team which beat Hungary two years ago in the EURO), but with a good number of fans, who danced together with Tricky, the mascot of EURO 2022. Many of the fans had already arrived at the arena hours before kick-off, and many of them also visited the official Fan Zone, which is worth a visit: there are various sweepstakes and activities for fans, and of course food trucks to eat something before the matches.

The appetite was still guaranteed: handball fans were waiting for a great experience on Sunday evening.

The Hungarian national team was supported even louder from the stands than in the first match, but despite this, Portugal started out with a 3-0 rush, the first time when they could clap was after Dominik Máthé's penalty goal. Anyone who likes excitement and tension, enjoyed this evening a lot, and for a moment we were reminded of the opening ceremony of the EHF EURO 2022, when a spectacular show highlighted the senses and skills needed to win in a tense situation. And what decides who survives in nature or in sport.
Well, a lot of things were needed, such as inventiveness, Topic Petar got the ball in the 14th minute and his goal meant the equalizer for Hungary (5-5).

Sometimes fortune was also needed, Pedro Rodriguez's goal was allowed after video check. This was the first time the co-host took the lead (6-7).

In the 22nd minute After a great save from Roland Mikler, Máthé Dominik scored into the empty net. The roar of the fans after this goal was even heard at the metro station nearby. But it was disallowed after a video check. Máthé took it personally, and to release his tension he scored the next Hungarian goal (10-12). 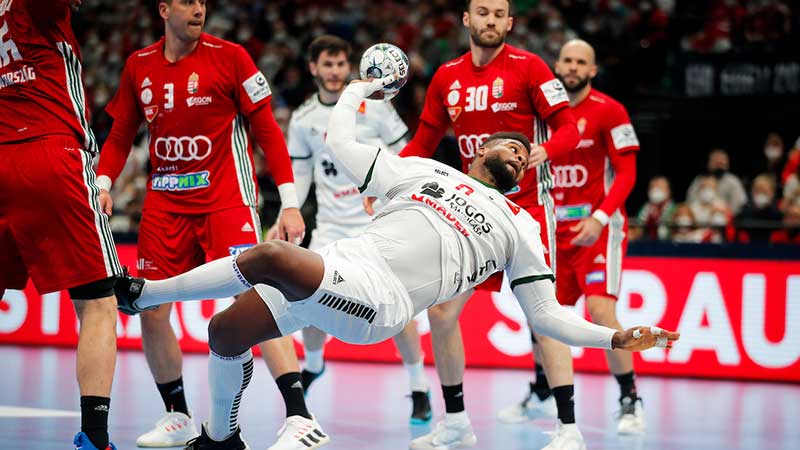 But it was Portugal who went for the break happier. They led by 15-14. The co-host needed to show up at the second period.

After the break, Márton Székely - who played in Porto for a few months last year – appeared between the Hungarian posts and his role was inevitable after all. With the goal of Bendegúz Bóka, Hungary took the lead again.

There was no boredom at the arena, one goal here, one goal there and the teams waited the last 20 minutes with the result of 21-21.
This was the time when Márton Székely started to perform like a superhero and Hungary were able to build up a 3 goal difference. Portugal did not give up and they could come back and before the final 5 minutes 28-28 was written on the scoreboard. A new game started.

The drama reached its peak when Portugal equalized in the final minute. 12 seconds before the final whistle István Gulyás, head coach of Hungary requested for a time-out and it was worthy, Dominik Máthé scored the decisive goal after that.

‘We led many times with two-three goals, but this is an EHF EURO, so there was no time for release, we managed to beat a very strong opponent. The Portugal team did not give up for any minute, in the second half they tried with the seven-six, but thanks to our supporters we won the match. I am personally very grateful for the back-up and we feel it all the time, but it is very important to know that always has to cheer for the player on the field and representing the national team, because there is no place to off-centering, does not matter that who plays or stands on the line.’
Miguel Martins, player of Portugal:

‘I am completely dead because I had some COVID-problems during the preparations, but I think our team did a good job today. Before the game, we knew that it would be so difficult and the match would be decided by details. I prefer to play like this, full of spectators, rather than without them. I like playing in such an atmosphere, even if it was for Hungary. I spoke with my clubmates in PICK Szeged before the game, and we made a bet, so now I have to pay for dinner because I lost it.‘

’After the defeat against the Netherlands, this victory in front of our amazing fans will give us a great impulse for our thirds match in Group B. Portugal is a very good team, we did not have an easy task today, the whole game was full of ups and downs, but we eventually managed to win it with some great performances in our team. This is what we have been working for in the past two years, however we still have a huge task ahead of us against Iceland.’

Excitement still awaited the handball lovers, the two winners of the first day, Iceland and the Netherlands, also fought a spectacular match, and the audience in the arena was not very diminished for this meeting (the official number of spectator was 14,587).
Iceland built a two-goal advantage for the half, 15-13, always a little ahead. After the turn, there was a bigger difference, Icelanders led by five goals in the 10th minute.
But it was not the end: a huge came back was made by the Netherlands, Dutch boys equalized at 24-24 and the match reopened. The end – after huge excitement – is a one-goal success for Iceland, which puts them four points after two games and they are on the verge of advancing.