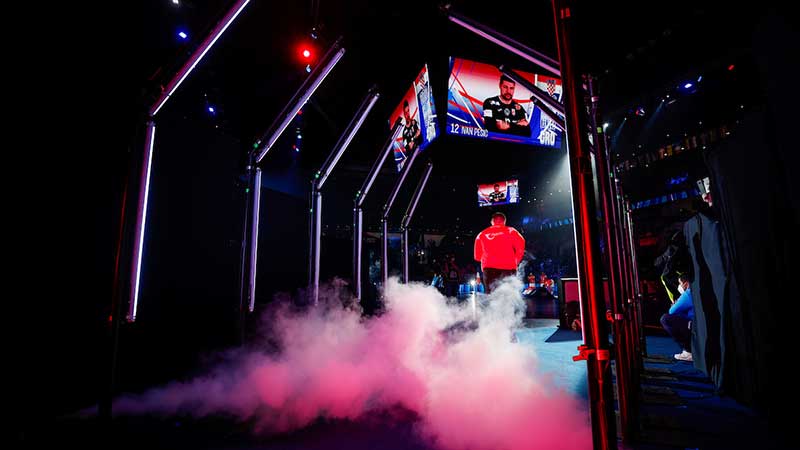 Top games on Saturday at the Főnix and PICK Arena

The matches between Denmark and Slovenia and Croatia and Serbia can be the biggest sports experience for visiting fans on Saturday’s games in Hungary at the EHF EURO 2022.

The atmosphere is really good in the Danish team in Debrecen. The 2-time European champion started the EHF Euro 2022 with a comfortable victory over Montenegro on Thursday, which was really important for them after showing a disappointing performance two years ago, when they failed to go through to the main round. The Danes will play their second encounter against Slovenia on Saturday.

’I expect a much more difficult game. Unfortunately, our right wing Jóhan Hansen suffered an injury on Thursday, so the only option is to replace him with Hans Lindberg. The Slovenia team is very strong, they have a good mix of excellent line players and backcourt players, so we had to be very sharp, because this is gonna be the first big test for us at the EHF EURO 2022.’

Denmark’s top goalkeeper Niklas Landin was happy to get the Grundfos Player of the Match award after the contest against Montenegro, but he thinks it is not the right time to celebrate yet.

’The game was all right, but nothing more. The first test is always difficult in a major event. We wanted to win and we did that, but on Saturday we will have a much stronger opponent on the court. Slovenia has a great team, we will need our best to beat them, for sure. I can tell you that we are in a good mood, so we are looking forward to playing again.’ 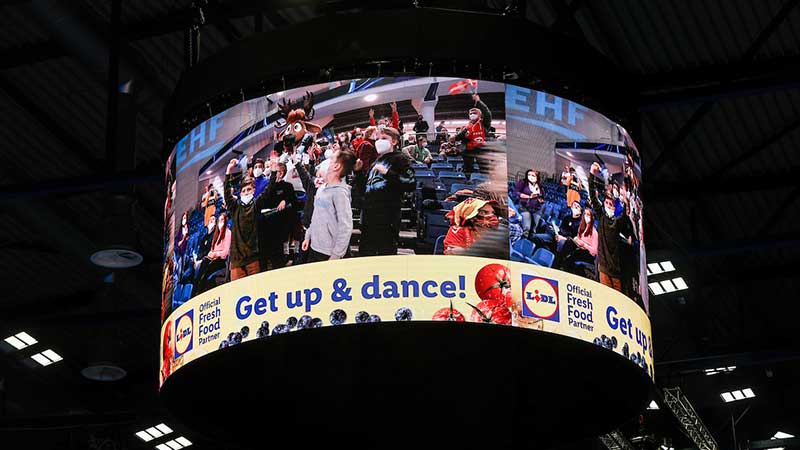 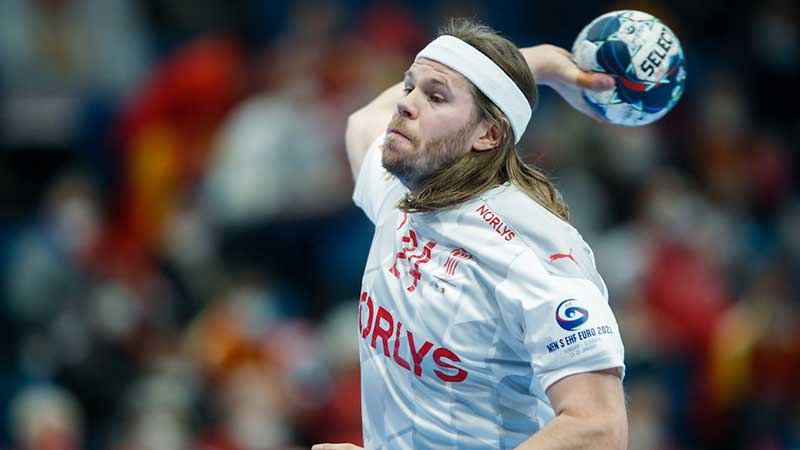 Another milestone for Mikkel Hansen

One thousand, two hundred. Probably Mikkel Hansen doesn’t count anymore. The Danish world class handball player threw his 1200th goal in the national team against Montenegro. Finally he scored a total of ten goals, and played an important role in the successful opening at the EHF EURO 2022.


Exactly he had 1205 with a total of 233 EURO-goals. Important fact, that he never missed EHF EURO since his 2007 debut. However, the Olympic and world champion left back not the most successful player in the Danish handball history, Lars Christiansen lead the relevant ranking with 1503 goals. It wouldn’t be a suprise if the 34 year old goal machine would reach this number in the nearly future. Hansen will return to home this summer and will play in Aalborg, at the end of his contract with PSG. Knowing his abilities and attitude, can be sure not to just for fun.

Some players from the Slovenian squad know well Hungary. Four of them are in the team, but this number could have been as many as seven, only the head coach, Ljubomir Vranjes thought otherwise.

There are two players each of the two top Hungarian club, Telekom Veszprém and PICK Szeged. Three players, Dean Bombac, Mario Sostaric and Matej Gaber missing from the latter.

Beating North Macedonia was clear for Slovenia, but the real fight will be on Saturday against Denmark. 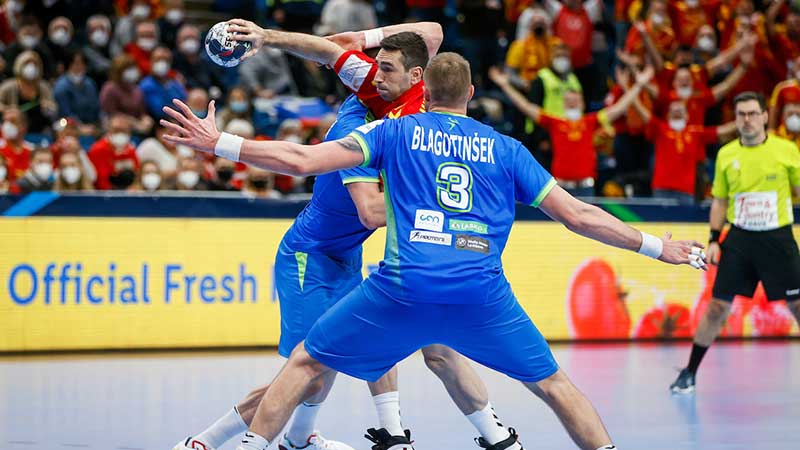 Perhaps the biggest assistance for the head coach could be Blaz Blagotinsek, who is celebrating his birthday on Monday.

’Anything is possible, if we can show our best, but Denmark is in the top 3 in the world, so it will be a tough battle.’

The Serbs are entering the court with the knowledge that if they defeat the Croats and the French do not make mistakes against Ukraine, they will advance to the main round.

’The game against Serbia is already decisive for us. We expect a big fight against a historical rival of ours.’

’It is good we managed to win against Ukraine, it gets our competition going. But Croatia will be a completely different level. We hope we can win, because it would mean we might be able to progress in the competition.’

Perhaps its is less wellknown that head coach of the Croatian national team, Hrvoje Horvat made his mark in beach handball. He has a World Championship title and two EHF EURO gold medals to his name. Handball is probably in his blood, as his father, Hrvoje Horvat Sr. was a legend of the sport.

Horvat Sr. won a gold medal at the 1972 Munich Olympics with Yugoslavia, while he also added two World Championship bronze medals to his impressive collection. He proved his worth at club level as well, winning the European Champions Cup (the predecessor of the EHF Champions League) with Partizan Bjelovar in 1972. 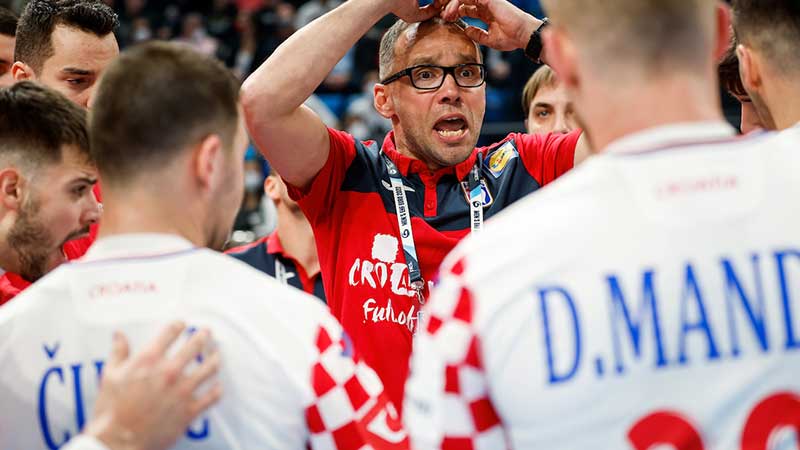 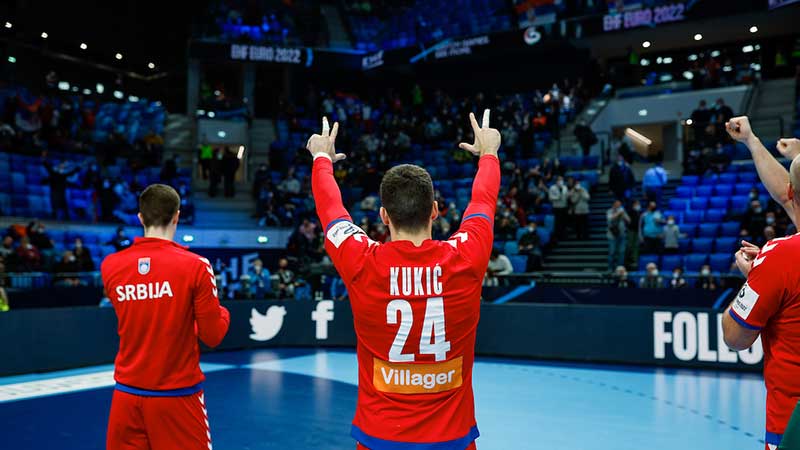 Three members of the Serbian team play in a Hungarian club, in addition to Veszprém players, Vladimir Cupara and Petar Nenadic (who is absent from the tournament due to injury), Bogdan Radivojevic serve PICK Szeged.

’I didn't think so many Serbs and PICK Szeged fans would come to the first match, but it was fantastic to play in the new arena in front of them,’ Radivojevic said after the match against the Ukrainians. He knows exactly that there will be more against Croatia in the PICK Arena – a full house is expected on the stand.