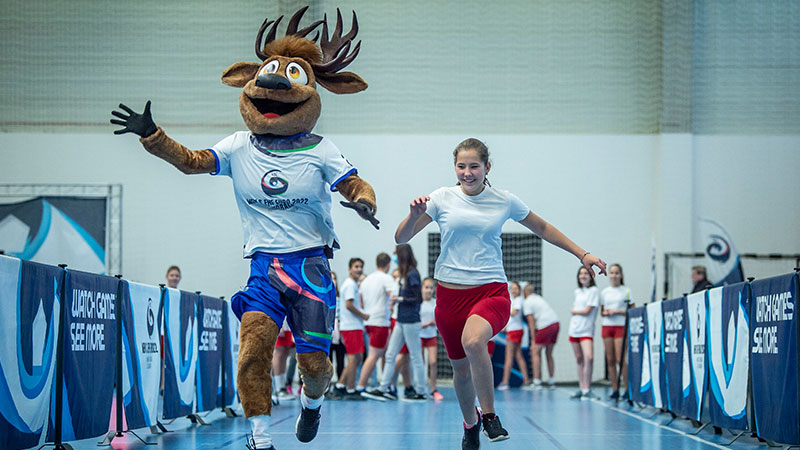 We went to schools, we brought experiences

The program series of Watch Games. See More continued in the fall during which we introduced our theme park to elementary school students. National team players helped us promote the European Championship and handball.

As at our other events, WGSM theme park has been a great success also during the school trips where you could assess your handball skills with the help of the most modern digital devices.

The ball serve machine and the shooting meauser activity were the most popular ones at our four sites during the fall, where we made nearly two thousand elementary school students move.

At the end of September we went to the Kőrösi Csoma Sándor Primary School in Budapest, in October to Tata and Debrecen, while in early November to Szeged. At Kőkút Primary School in Tata 850 (!) children took part in the all-day event, and we were able to enjoy the hustle and bustle in two gyms – here, by the way, the participants could also try out the multiball wall of the Hungarian Student Sports Association.

During the day, the youth teams of Tatai AC, Grundfos Tatabánya and Tarján SE also tested the theme park with the help of Ferenc Ilyés, László Bartucz and Bence Zdolik.

At the Bonifert Domonkos Primary School in Szeged, the Hungarian national team and Pick Szeged player Richard Bodó was our invited guests, needless to say, the kids were buzzing around him with great enthusiasm – and he fired a ball at a speed of 111 km / h in the amusement park. Thank you for the opportunity to the participating educational institutions in the programme, we look forward to see many young people also at the European Championship and sport courts.