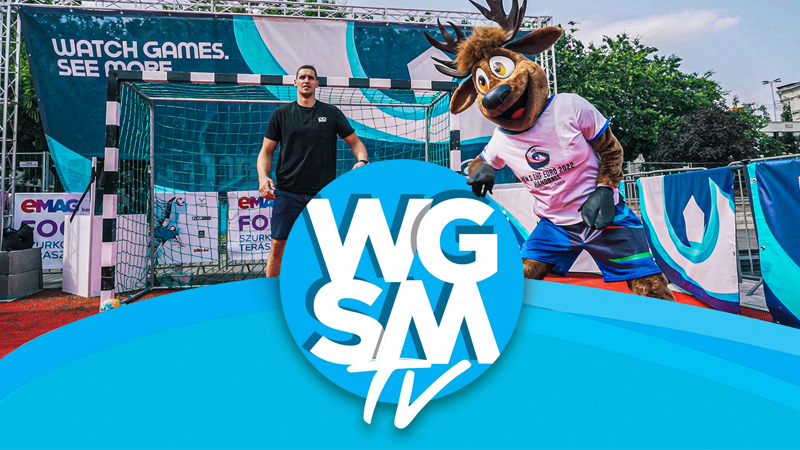 Our magazine show comes with a new episode, the main characters of which are the excellence member of the Hungarian men’s handball team and the mascot of the EHF EURO 2022.

Time is running out fast, as soon as the club season for handball players is over, we have entered the summer when players have the opportunity to relax a bit.

In the meantime, the European Football Championship (the first main sports event of the summer) has started, and our interactive theme park with the newest digital devices has moved to one of the fan zones in Budapest.

This was tried by Patrik Ligetvári, a player of the Hungarian national team and with his mascot, Tricky, who appeared in the adventure park and thereby introduced himself to the general public.

How Patrik performed in our handball skills adventure park, how difficult it was for our funny and always elemental mascot, is revealed in the new part of WGSM TV, which is again hosted by Edit Szalay.