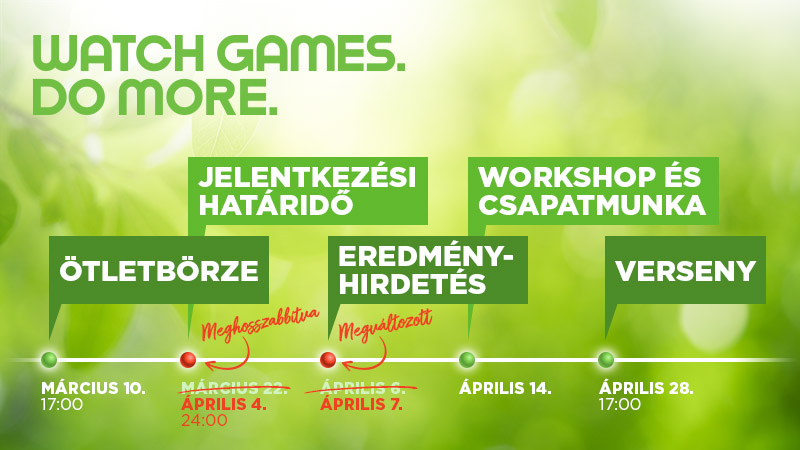 Do More Idea Competition: you can apply until 4 April!

More than 50 teams have already submitted their applications for the environmental programme of the Organizing Committee of EHF EURO 2022 and the WGSM team, and the application deadline has been extended to 4 April. Our goal is to hold the greenest European Championship, to reduce the ecological footprint of the tournament and the festival built around it.

„It was very inspiring, I heard a lot of good ideas…” (Dorka)

„It was very helpful, I finally found teammates as well.” (Lilla)

„In a matter of two hours, we’ve put together a pretty serious set of ideas.” (Krisztián)

Opinions from three brainstormers from our Idea Workshop was held on 10 of March. We announced this event for young people who had not yet fully developed their idea of ​​greening the European Championship, and who wanted inspiration and more information or just looked for teammates. Eventually, on this day, 8 teams and 8 new ideas were born.

We are glad that many people have already been moved by our project, university lecturers have become supporters of the initiative, and more than 50 teams have already submitted their applications.

We have decided to extend the application deadline: you can enter the Idea Competition until midnight on 4th of April.

There will be 15 teams on the final day, and the winners will be announced on April 7.

The good news is that in addition to the previous prizes, new offers have been received:
• 2 pairs of tickets to the Museum of Sweets and Selfies
• 5 tickets to the Amazing Metal Art Gallery, which exhibits sculptures made from recycled car parts, and
• 3 gift vouchers worth HUF 5,000 to The Box Donut.


You can find out all about the Do More Idea Competition at THIS LINK.