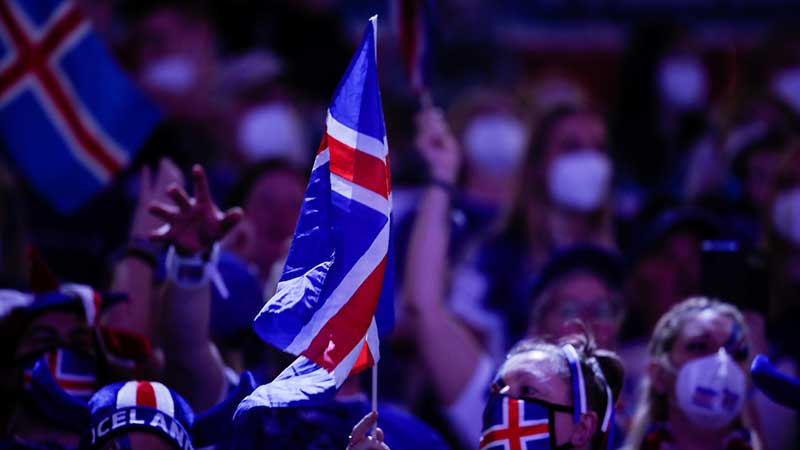 Iceland also took over the handball arena in Budapest.

In Friday's Group B match, Iceland, supported by a large crowd, beat Portugal, who finished sixth at the last European Championship.

Five hundred Icelandic fans were expected in Budapest on Friday night, who came from the island to support their national team. (More than 6200 spectators watched the match anyway.) Representatives of the Icelandic Handball Federation gathered in a bar in the downtown of the Hungarian capital, where fans had the opportunity to buy T-shirts and tickets before the match.

The warmup was clearly a success, blue groups of supporters gathered in several parts of the arena of 20.000 capacity, where they had a noticeable majority over the Portuguese fans.

Portugal fans were also supporting their team which is absolutely needed in a group with teams playing on the same level. ’Viking Thunder Clap’ itself can make an opponent upset, especially if it of Iceland leading 10-7.

Key players were missing in the first game of Portugal, but Gustavo Capdeville, the goalkeeper managed to keep his team in the game.

In the beginning of the second half Iceland managed to keep being dominant, in the 42nd minute Sigvaldi Gudjonsson scored the most beautiful goal of the game.

Iceland managed to keep playing on top until the end of the match which meant 2 points for Gudmundur Gudmundsson’s team, just like the Netherlands.

Group D also started, Germany won against Belarus in a game that was tighter than expected. Poland beat Austria 36-31.